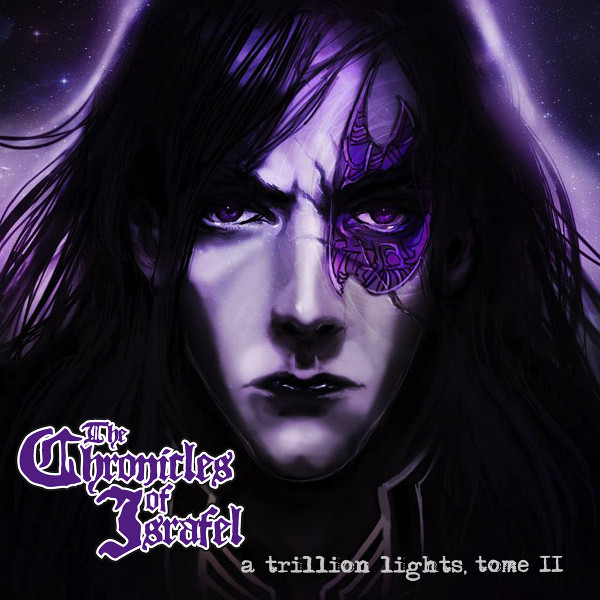 The Chronicles of Israfel is the solo project of Canadian guitarist and former Pulse Ultra member Dominic Cifarelli. After the breakup of Pulse Ultra in 2004, Dominic spent many late nights jamming and viewing violent Japanese anime movies. This odd combination led to the sometimes brutal and very dark music on the first Chronicles album, Starborn, Tome I, in 2007. Then Dominic placed further Chronicles efforts on the back burner while his other projects such as Scars on Broadway took precedence. On moving back to Montreal in 2013, Dominic began work on the second tome, releasing A Trillion Lights, Tome II in 2016. The cover art reminds me of Michael Moorcock’s Elric of Melniboné, but Dominic’s music and influences are far from Hawkwind. The music on A Trillion Lights ranges from beautiful bucolic and melodic passages to aggressive prog metal. Dominic sings on many of the thirteen tracks, and during some of more aggressive tracks he throws in some guttural death metal vocal outbursts. I am not a metal fan, so these tracks are lost on me. I much prefer the cleaner sounds of his progressive compositions and keyboards (synths and Mellotron), which fortunately account for most of the music on this album. Standout tracks include the eerie “Spirit Carousel” with its acoustic guitar and female vocals, “In Ruins” that starts out as a calm piano, guitar, and drum song that morphs into same tasty prog metal, the sinister ballad “Hatred in My Heart,” and the symphonic “Violet Empress.” Now we will have to wait for Dominic’s next musical installment.

Related artist(s): The Chronicles of Israfel