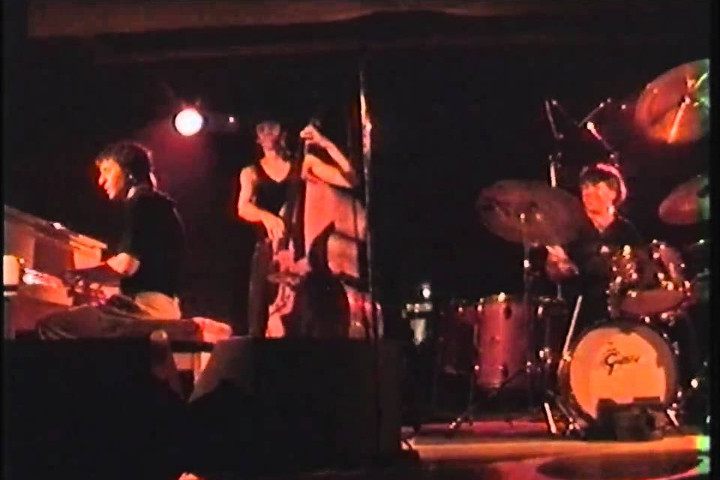 During the Montreal International Jazz Festival we had the pleasure to hear the Christian Vander Trio. Like many North American Magma amateurs, I had never seen Vander playing live before, so this was a real treat on its own. The concert was outdoors, at 10:00 pm, on one of the numerous stages of the Jazz Fest.

In the audience there were people sporting Magma and Offering t-shirts and, quite naturally, some shouted "Magma" or "Mekanïk Destruktïw Kommandöh" during the concert, which made Christian smile. The rather short set (just a bit more than an hour) was made exclusively of jazz material from Vander's two Trio discs, with Philippe Dardelle on upright bass (who looked a bit exhausted at the end!) and Emmanuel Borghi on piano. The set started out smoothly under the feverish applause of the crowd and proceeded to get more and more involved, to the point where Christian got really into it. This is an amount of dedication to one's music that is rather scarce these days. Christian does not only play the music, he is the music. Of course, we can't ask that from every musician, and this is what makes the Vander Trio an exceptional happening: the spirit of the music.

The following comment may be controversial, but I really find there was more drumming by this one man than there was by two drummers on the latest King Crimson tour. Vander gives himself totally and seeing the man play is something no recording can replace.

Anecdote: at one point, the bass drum pedal broke. This created an event by itself as Stella Vander, on the side of the stage, pointed it out to a stage tech, who proceeded to crawl to the side of the drum while the band was still playing, the audience whispering, everyone focusing on the operation. Bright cheers were heard when Christian pounded again at the bass drum and gave a nod. All in all, an excellent evening of music, and we only can hope that Vander and company will be more often in North America.