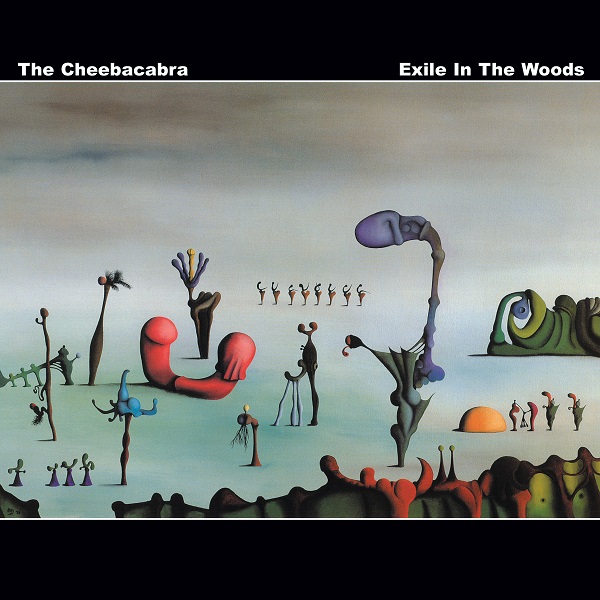 The Cheebacabra is a project driven by keyboardist and producer Cheeba, where funky grooves meet overtly synthetic melodic interplay and a cool jazz feel over a steady, mostly programmed drum beat. While much of this could have been attempted with a single keyboardist, plenty of studio time, and countless layers of overdubbing (with predictably sterile results), Cheeba wisely brought in other musicians to breathe real life into the project – eleven in fact, a full half of them playing analog synthesizers (although I’m reasonably certain all are never playing at once), with the rest contributing guitars, bass, violin, trumpet, and even some real drums too, although these players are utilized more sparingly as the need calls. Make no mistake, with six synth players on hand, these twelve tracks are synthetic to the core, with the other instruments added as embellishments, mostly in a lead melodic role. This is a fairly wild ride from the top side, with splashy and colorful synths in animated conversation over the driving grooves, but it generally maintains a steady beat from one track to the next, so there is a bit of sameyness to the proceedings after a while. The standout tracks like “Secret Agenda,” “March of the Biomorphs,” and “Levitan’s Eye” come early in the program, while the twelve minute closing title track is probably the least interesting: four measures of one thing, then switch to four measures of something else, on and on predictably until the fade. Still, the disc is adventurous and captivating.

Jesca Hoop - Kismet & Hunting My Dress – I missed this extraordinary songwriter's debut back in 2007, but when I heard her second effort I immediately sought it out. Kismet is a stunning entry into what might be called the Eccentric...  (2011) » Read more