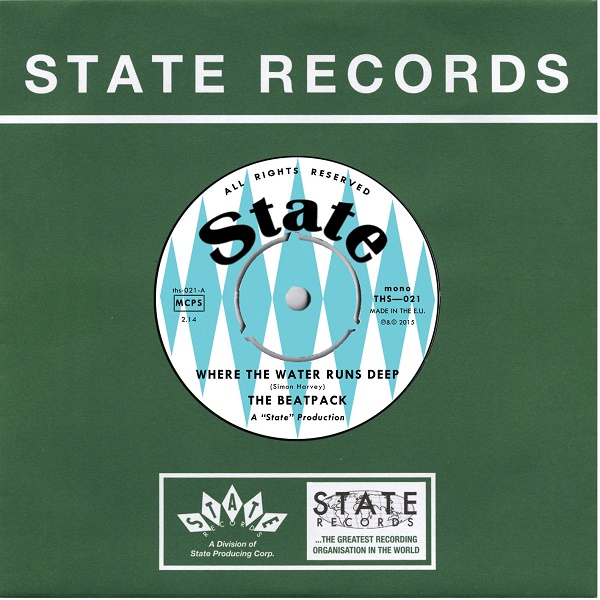 The Beatpack date back to late 80s/early 90s tearing up audiences with their distinctive brand of primal rock and roll. Back in the day they released an EP, a 45 single, and an LP for Screaming Apple Records and then burned out in a blaze of glory. Just over 20 years later the original band reunited (Simon Harvey on lead guitar, William Bourton Esq. on bass guitar, Hugh Dellar on vocals and harmonica, new boy Adrian Smith on rhythm, and Ian O'Sullivan on drums) to release this new single of raw garage punk Brit psych pop RnB. The A side contains the all-too-short two minute “Where the River Runs Deep,” a gutsy blend of surf music, RnB, and Southern Rock. There are catchy riffs, tremolo guitar, and harmonica. The B side is “(She’s) All Dressed in Black,” another great tune with lots of sustained chords, tribal drumming, and freaked-out guitar breaks. If you are a fan The Pretty Things, The Yardbirds, or The Animals, be sure to seek out this new single.