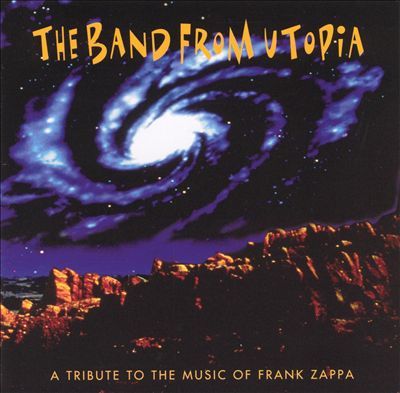 What we have here is basically a romp down memory lane by the members (mostly) of Frank Zappa's 1988 touring band ("Make a Jazz Noise Here", "The Best Band You've Never Seen in Your Life"), an all-in-good-fun tribute to the music of the man himself, just the way he would have wanted it. And who better to pull this off than the guys who spent night after night playing these tunes during the 80s: Tommy Mars, Ed Mann, Ike Willis, Chad Wackerman, Arthur Barrow, Bruce and Tom Fowler, Kurt McGettrick, Robert Martin... The entire event was recorded live at The Jazz Open Festival at Stuttgart, Germany, in July 1994. As one might expect – with this lineup especially – the sound and overall approach proximates the real thing, and although initially Zappa's guitar and voice are noticeably absent, one has to agree his spirit is alive and present. They take on many of the classics: "Take Your Clothes off When You Dance," "City of Tiny Lights," "Zomby Woof," and twelve others. No "Whipping Post" though; oh well, you can't expect everything in a single one hour performance. This one's a must-have for all fans of Zappa's music.