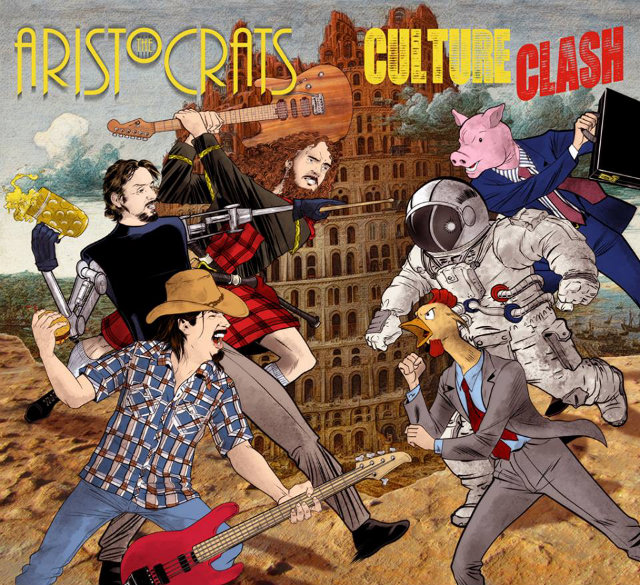 What more can one say regarding one of the most seriously talented three-piece bands playing today? Two thirds of the group is still out on the road cavorting with Joe Satriani while guitarist Guthrie Govan continues his ace-in-the-hole role for the European leg of Steven Wilson’s The Raven Who Refused to Sing his tour. In January of this year the trio tracked pieces for a new album with a high penchant for democracy and telepathy. At times the group has embraced a classic Steve Morse band approach to song writing, with strong riffs coming either from bass or lead guitar. This approach is evident on the title track, one of three songs written by clinician Marco Minnemann. Across the disc, Govan has all the swagger of your Steve Vai but none of evasive attitude which can make a guitar god’s licks fatiguing or hopelessly frustrating. There is also a strong sense of Eric Johnson’s melodic influence on quite a few tracks as heard on the title track as well as Mike Keneally-esque sensibilities (clearly guilt by association of course!). You can tell bassist Bryan Beller’s compositions due to the emphasis on heavy groove and a relentless bass line. I mean the man struts his chops with finesse and precision across the disc making it a joy to listen to the underside. Also it helps when your drummer can play guitar too, which helps in the composition department as heard on “Desert Tornado.” On this track, Marco has been clearly considering what his guitarist would do with a part conceived one way but played another. Beller’s “Louisville Stomp” takes us into roller coaster rockabilly hell, making me consider what Chris Spedding or Brian Setzer would do given a crazy ass phrase like this! The trio has definitely moved forward from their first set of recordings. By firming up their band identity they give the Dixie Dregs a run for their money, but without benefit of a southern rock or Mahavishnu reference. Let’s face it: these guys got serious training, chops and natural chemistry that makes your ears bleed with all the finesse playing.