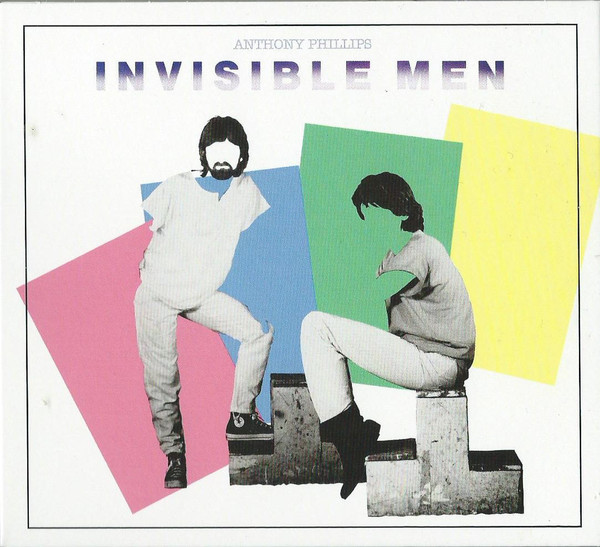 By the early 80s, Anthony Phillips had already recorded seven solo albums, beginning with the heavily orchestrated The Geese and the Ghost in 1977, then moving on to more song oriented releases like Wise after the Event and Sides, both demonstrating his capability for catchy tunes and clever hooks, all the while remaining true to his progressive rock roots. Interspersed with those were a series of releases of mostly instrumental acoustic based music titled Private Parts and Pieces — by 1982 the first three in that series had already been released. And somewhee in there (1981 to be precise) was 1984, an electronic keyboard-based instrumental suite, on which Richard Scott provided some basic percussion, vocal ideas and effects, and Morris Pert (of Brand X) played additional tuned percussion. Phillips and Scott would continue to colaborate on various projects, and by early 1982 Phillips had the idea to produce another song-based album, but more commercial, in an attempt to widen his audience, and for this endeavor Richard Scott would be his primary collaborator, both in songwriting and all aspects of production. The two went to work creating the album Invisible Men, playing most of the instruments themselves, and bringing in other musicians as needed on drums, saxes, percussion, trumpet, trombone, and more. Percussionist Joji Hirota was included in many of the promotional photos as the third man in the Anthony Phillips Band. The album was first released on the Passport label in late 1983, a rare instance where the US release preceeded its UK counterpart by nearly six months.

The original album comprises most of disc one on this latest two-disc reissue, starting with the brilliant Caribbean flavored “Golden Bodies,” moving onto the powerful “The Women Were Watching,” with lyrics referencing the Falklands war just one year earlier, as did the dark and twisted “Exocet.” Most of the lyrics and accompaniment are lighter and brighter, with tracks like “Sally,” “Traces,” “Love in a Hot Air Balloon,” and others. Vocals are shared by Phillips and Scott, the latter turning in particular effective performances on “Going for Broke” and “Falling for Love.” “Guru” is an especially interesting cut, with Phillips singing lead voice and powerful sax and horn sections highlighting the piece throughout.

Through the years, there was always a rumor of a second Invisible Men album sitting on the shelf somewhere, unreleased. That matter is explored here on the second disc of this reissue set, which contains a dozen songs in varying degrees of completion, some are there with vocals and arrangements, others exist only as instrumental pieces. There are also some alternate versions and demos of songs from the original album release. The booklet features exhaustive documentation on who played what on each of the tracks, as well as some insights into the unreleased material on the second disc. All taken, Invisible Men was the nearest that Phillips ever ventured toward commercial pop music, yet with that said, it still carries his unmistakable signature.