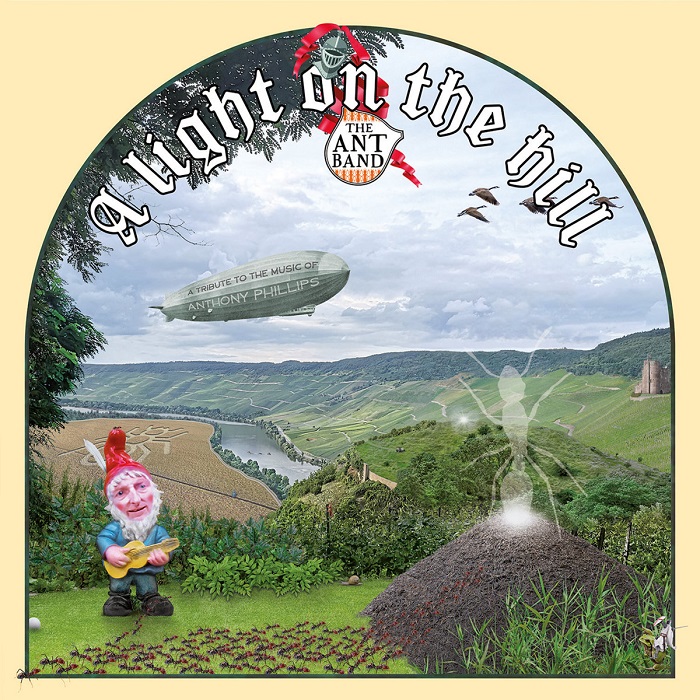 The Ant Band is a collective of over a dozen musicians who are also members of the German Genesis fan club, whose express purpose for existence was to record this set of fourteen Anthony Phillips songs to be presented to him on his 70th birthday, December 23, 2021. The producer is Tom Morgenstern, who also plays twelve-string guitar, classical guitar, acoustic and electric guitars, bass, synthesizer, Mellotron, backing vocals and drum programming, track depending. Nina Morgenstern and Robin Morgenstern are among those who contribute lead and backing vocals to the effort along with many others — too many to enumerate here — who contribute additional guitars, piano, Mellotron, accordion, drums, bass, flute, synths, and much more. It’s a monumental effort that makes for an outstanding tribute to a lifetime of work by Phillips, who is probably the man most responsible for the ‘Genesis sound’ that lived on long after his self-imposed departure from the band. The set kicks off with a beautiful vocal version of “Sistine,” which originally appeared as the closer on Private Parts & Pieces IV: A Catch at the Tables. From there we go to “F Sharp,” a piece written in 1969 with Mike Rutherford while still with Genesis, a piece that contains many of the elements of what would eventually become “The Musical Box,” and they have none other than Steve Hackett guesting, providing a searing electric lead. Other standouts include “Lucy: An Illusion,” “Salmon Leap” (from the Scottish Suite), “Sanctuary,” “She’ll Be Waiting,” and “God If I Saw Her Now” from The Geese and the Ghost. While there are instrumentals among them, these selections tend to gravitate toward Phillips’ vocal pieces, and that’s okay, as they often tend to get overlooked when presented with his longer instrumental suites. Without any uncertainty, A Light on the Hill is a superb tribute to many of Phillips’ finest compositions.