The Allman Brothers Band — One Way Out: Live at the Beacon Theatre
(Sanctuary Records SANDD256, 2003, 2CD) 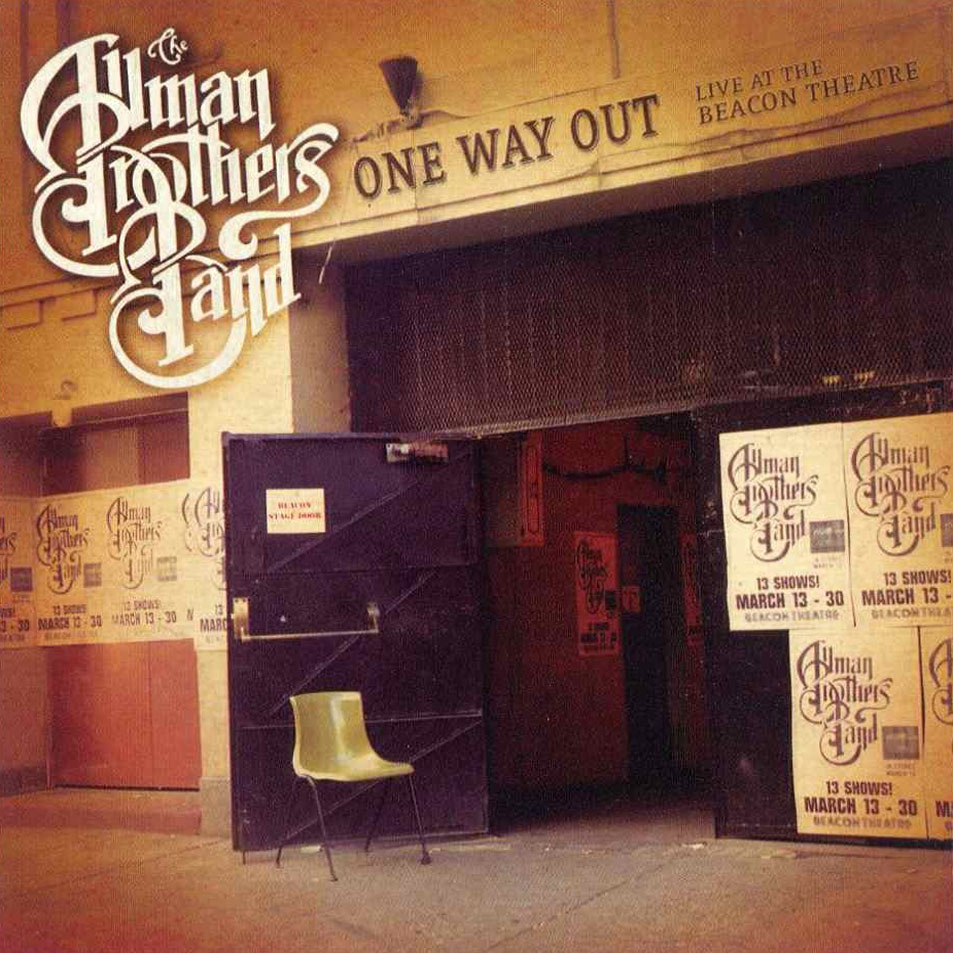 There's a strong hint in the band name: if you're gonna call the group brothers then prepare for some infighting. With the tragedies in the early 70s, the Allmans fizzled to a stop in the mid 70s, picked it up again for little while at the end of the 70s and then were silent until their 90s comeback. But even so, over the years personnel difficulties seemed to prevent any sort of consistency and then came their latest incarnation when Dickey Betts was finally let go and the guitar tandem of Warren Haynes and Derek Trucks managed to set down the anchor and keep them touring until they finally hung it all up. In 2003 the band released their best studio album since Brothers and Sisters (I'd even go back to the studio album of Eat a Peach) with Hittin' the Note and followed that up with a fantastic DVD and this live album, One Way Out, which was essentially a mix of the classics and the highlights from Note. Strangely enough I never really warmed to Derek Trucks' solo material but I think he might have been the best thing to happen to the Allmans in decades. One reason for this is Haynes is a shredder, a player that doesn't wait terribly long to start screaming out notes, so having a player with a much more laid back, expressive and patient style created a much better balance. In all of these releases I'm always waiting for the Trucks moments and there lots of them on this. And unlike the previously mentioned Fillmore set, it's good to see a nice long “Dreams” here (one of the best Allmans songs) as well as great versions of “Desdemona” and “Instrumental Illness.” From a historical perspective, Live at the Fillmore East is pretty impossible to top, but this is certainly a very respectable second place. Because even despite the troubles, the Allmans always managed to stay authentic.