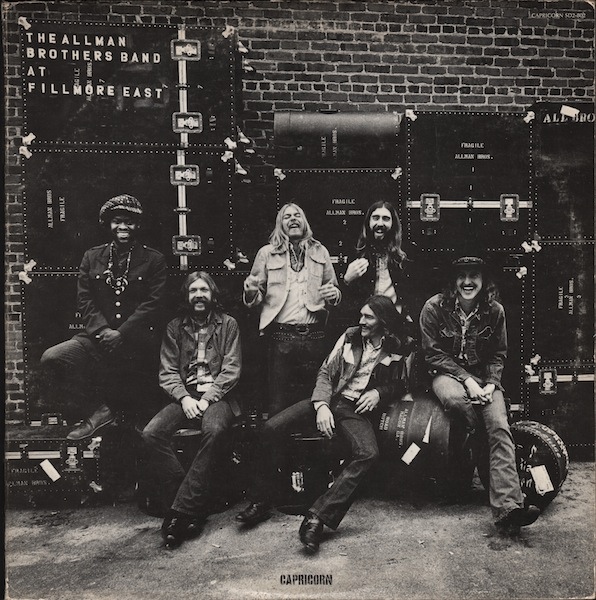 I remember that back in the day you could find this LP in used record stores pretty easily but not so much in perfect quality as everyone who owned one played it to death. In the CD age it feels like they've reissued this as much as you possibly could, in fact there's finally a complete version of the concerts that just came out, even on Blu-Ray, that I've started to hover around and pencil in for an order at some point. Anyway the Allman Brothers, in the 70s and even now, are simply one of the finest live rock acts out there and they cemented that reputation with this one after a couple of solid studio releases. They were and are a blues rock group with a jazz aesthetic and have always had some of the best guitarists out there, whether it was Duane Allman and Dickey Betts around this time or Warren Haynes and Derek Trucks now. Often the songs seem like frameworks so that the guitarists can get down to business. Anyway this one's on a lot of best of lists for good reason.