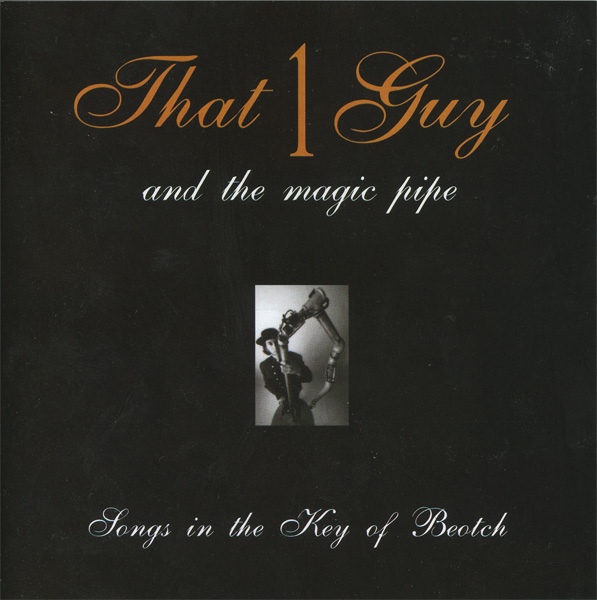 That 1 Guy prides himself on being part Trent Reznor and part Frank Zappa mixed up with a snaky Primus vibe. Spin those disparate concepts altogether and you’ve got a good idea how wonderfully twisted this entirely solo act is. Having seen him open for Porcupine Tree in Oregon this past year, I found him an easily inviting stage performer. His in-person act relied on the novelty of playing an oversize metal pipe, achieving many unique percussive and melodic sounds out of it. On CD though, the artist’s personality exudes from heavy synth-based pieces spotlighting his clever lyrical imagery that owes a small debt to Captain Beefheart. “Weasel Pot Pie” is perhaps the defining track out of the thirteen pieces, with the singer’s rapid-fire soliloquy informing his audience with an over-the-top bluesy delivery. “Half-Assed” is another quirky piece bemoaning the composer’s personal woes in an amusing fashion. “Birds” is perhaps the strangest composition, as That 1 Guy creates a trilling mode that is uncomfortable and otherworldly. Closing out the disc is my pick for best track, the ambient ode “Forgotten Whales,” that creates a voluminous mood that captures the subject matter spot on. In a live setting the songs are transformed literally into a unique one-man band with his multi-purpose pipe. The only drawback from the disc is that it’s missing this visual element of performance art that puts him over the top as a live act.