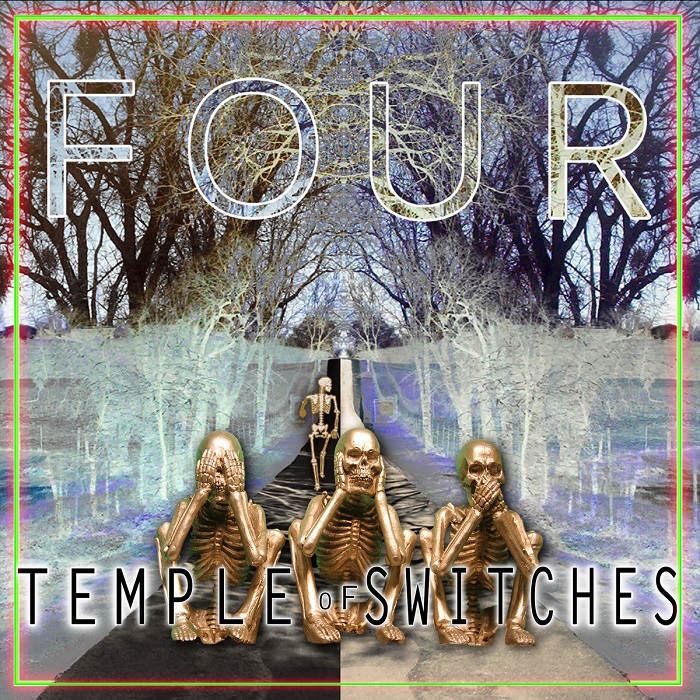 Back in 2015, for the recording of their eponymous debut album, Temple of Switches was a working four-piece band. Since then it has evolved into the studio project of original guitarist Tenk Van Dool, who now composes all the music and lyrics, sings, and plays nearly all of the instruments (electric bass, guitar, keyboards), with guests featured on this track or that (mostly guest singers), with drummer David White playing on most of the cuts that feature drums. The most notable guest is singer Amanda Lehmann (from Steve Hackett’s group) who graces the third track, “The Wind”; the second track, “Your Fly Is Down,” also sounds like Van Dool has a female singer harmonizing with him but the credits state that he is the only vocalist, so one may come to the conclusion that the harmony voice is Van Dool’s, fed through some processing to give it a higher register. The word that best describes the album is uneven, mostly due to the vocals but also on count of differing levels of production from one track to the next. Of the album’s eleven cuts, four are entirely instrumental (with “Pareidolia” and “Dale’s Neglected Song” being the standouts) and one more, the sprawling ten-plus minute “The Unfurling,” has some sparse vocal parts near the beginning, but is essentially a fifth instrumental; one can’t really fault any of the instrumentals, as they include many of the most interesting cuts on Four. Kevin McConnel’s vocals on “Human Zoo” are uniformly excellent (he was in fact the original ToS singer and keyboardist) as well as sporting some very interesting lyrics. But unfortunately the same cannot be said (either lyrics or vocals) for “Go Champion” or “Freeway,” the latter featuring guest singer Jim Chavez. Mostly, Four is a good, if somewhat uneven album mixing elements of hard rock, jazz, and prog, with a handful of instrumentals being the standouts.