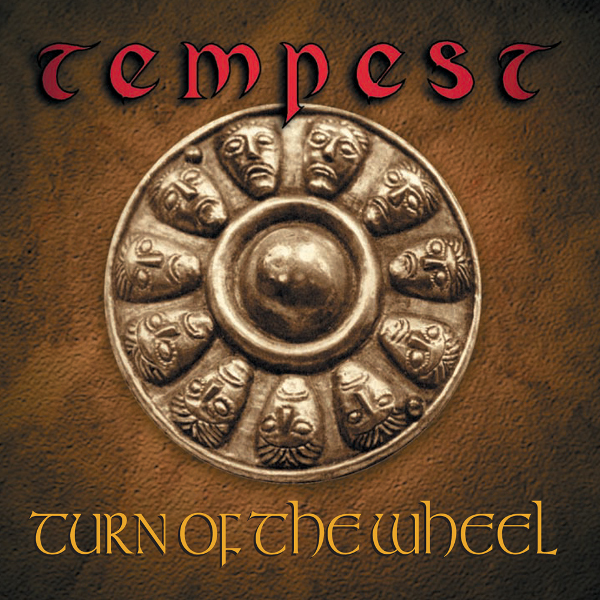 No, this is not Allan Holdsworth's hard rock band reunited. This is a new band mating Celtic folk and rock, and doing quite a job of it I might add. Comparisons to Jethro Tull (especially vocally) and Horslips circa The Tain (overall instrumental style) might be made, but it's clear Tempest are no mere mimes. They build their sound from the ground up, starting off with a traditional theme, and building a rock texture around it. The rock feel is expressed mainly through the rhythm section and guitar, keyboards (organ chords appear often in the background, the odd synth-string chords pop up at dramatic moments) definitely take a secondary role here. The folk sound is well represented, utilizing fiddles, pennywhistle, mandolins, mandola, bodhran and the occasional flute. No, Horslips fans, no concertina, but the incidental use of harmonica seems to occupy its vacated space. This may well be Magna Carta's best release to date, it certainly is very different from their usual prog metal/symphonic neo stock-in-trade. The only band I know making this type of music these days. If you've missed it as much as I have, give this album a try.

Tempest is led by Lief Sorbye (formerly of folk group Golden Bough). This is their first album for the Magna Carta label and their fourth disc overall. Jigs and reels and storytelling: that's what this band is about. You must pay close attention to the lyrics to understand the story or the bulk of the song's impact is lost. Turn of the Wheel is filled with swirling flute and violin as well as additional backing from mandolin, and some rollicking electric guitar (to add a more rockish flavor to the songs). The band's style is very similar to latterday Fairport Convention, or the more folk-rockish albums by Jethro Tull (Heavy Horses period). Lief's vocal narratives are reminiscent of Simon Nicol's as well as Michael Mullen's violin comparable to that of Dave Swarbrick's. The Celtic electric (Cel-ectric?) guitar playing is solid, with good rhythm playing that has a stronger 'edge' to it than most of the folk bands who have tried to incorporate rock elements into folk music. Tempest is a good fusion of these styles without overwhelming arrangements. Production work is by Robert Berry who provides good keyboard (organ) foundation layering to several of the tracks. The Leadoff song, "The Barrow Man," features some rather subdued playing by guest Keith Emerson ( who worked with Berry in '3'), but is a great beginning to a strong effort by some talented folks.

Tempest (not to be confused with the ex-Colosseum group) wasn't a group I would have expected to review in Exposé as I considered them a straighter folk-rock band from the tracks I'd heard on nationally syndicated radio program Thistle & Shamrock. Even on their last album, Surfing to Mecca, the sound was too imbued with elements of country and pop to be close to my tastes. They also tour quite often in the Bay Area (where they hail from) so I was very surprised to see their new album on the Magna Carta label, a label I normally associate with digital synths and electronic drum sets. Tempest have matured quite a bit over the years – their vast touring experience has honed them into a fine ensemble. Dropping most of the country and bluegrass influences, Tempest's latest blend is an electrified Celtic folk rock that has a lot of similarities to bands like the Horslips, Fairport Convention (circa Tipplers Tales) and the French group Ys. There's no doubt that Magna Carta had some influence in bringing the band's Jethro Tull similarities more to the front, especially due to Lief Sorbye’s voice. Appearances by Keith Emerson and Robert Berry tie this even closer to the Magna Carta brand of prog rock and it's quite interesting to note how different this album is from Surfing to Mecca. This new synthesis has made Tempest's music much more immediate. Reels and jigs galore – Tempest's new album makes a good companion for a late night at the pub. This is certainly both Magna Carta and Tempest's finest effort to date.