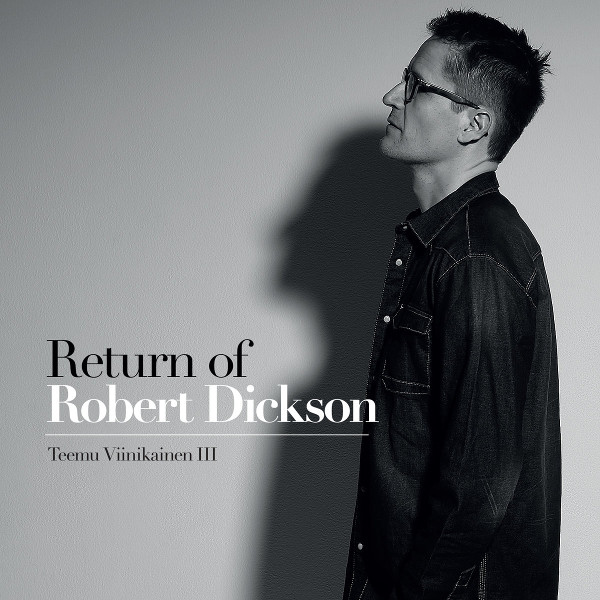 Here’s another name for the list of great guitarists you’ve (probably) never heard of: Teemu Viinikainen. Return of Robert Dickson is apparently a follow-on to his 2005 release Tales of Robert Dickson, but having never heard that one, I can’t say exactly what that connection means. This is instrumental jazz of the highest order, with innovative, distinctive guitar playing, Rhodes and Moog from Mikael Myrskog, and outstanding drumming from Joonas Riippa. As with Dušan Jevtović’s recent No Answer, it’s a guitar-led trio without bass, tasking keyboards with holding down the low end of the frequency spectrum. They start with a brief introductory tune of echoed notes and spastic clicks from the drums, then dive into the first of many great tunes, “JS.” It’s got a funky, slinky bass riff on the Rhodes and Moog that Viinikainen joins for a bit before spinning off into an unpredictable melody and chords. He uses a semi-clean tone with just a hint of distortion, and has a lovely finger vibrato on sustained notes. There’s an interlude for an electric piano solo that shows why this instrument has staying power — that growly tone it gets is just so appealing. The Moog takes over on the bass line for a supremely unpredictable guitar solo, dextrous but not exactly flashy, full of octave phrases sprinkled among nifty runs and dissonant bursts. The next track is “Birdman,” which may be my favorite. It features a stuttery rhythm where the guitar and keyboards trade stabbing chords while the drums keep a quick tempo going. The tricky rhythm continues through a solo on the Rhodes that features both sophisticated extended harmonies and the occasional blues lick. Viinikainen’s solo takes flight over a funky bass line and a busy drum part. His lines feature the kind of harmonic sophistication that Allan Holdsworth was known for, though with a very different kind of tone and technique. Pieces like “Fine Again” and “Amoroso” dial back the rhythmic energy a bit, though maintain the same inventiveness. Start to finish, front to back, top to bottom, this trio is magical, highly recommended for anyone who likes jazz made with guts and imagination.