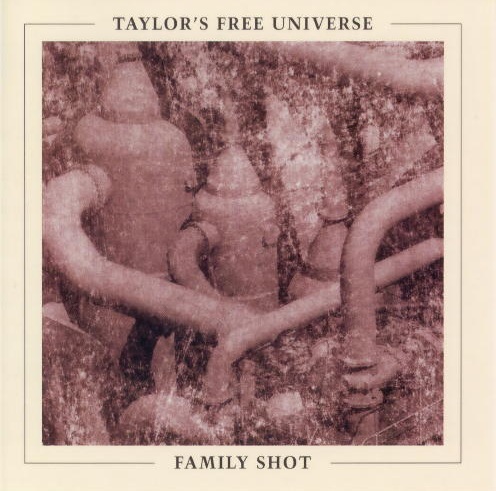 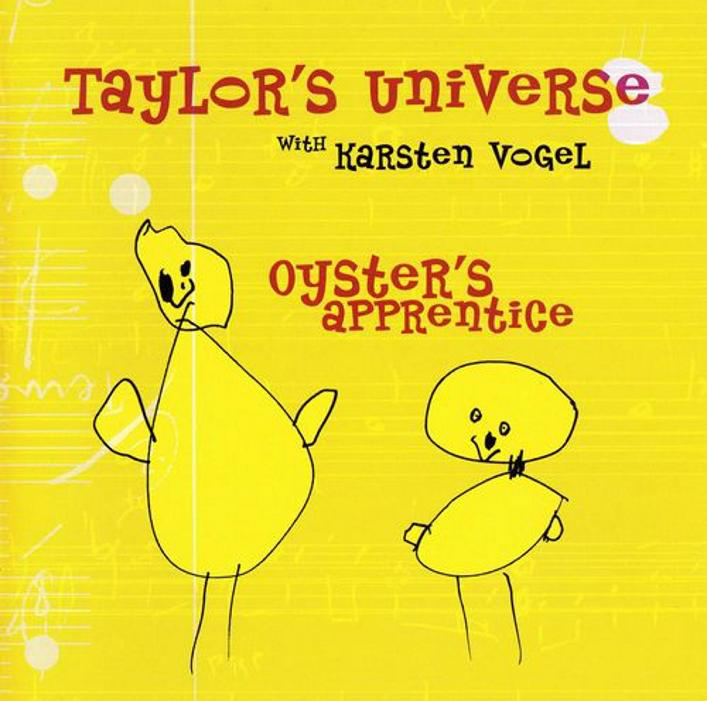 The very prolific guitarist Robin Taylor hits us with new offerings from two of his ensembles. Taylor’s Free Universe is Taylor’s improv outfit, featuring Pierre Tassone on processed violin and percussion; Kim Menzer on clarinet, trombone, and strange flute; Peter Friss Nielsen on bass; and Lars Juul on drums. This is more rock-based improvisation than jazz, with Taylor’s soundscapes and Tassone’s violin parts often providing atmosphere. I’m not an expert on improv or an ideologue; for me, the proof is in how much I enjoy the results, capricious as that may be. Family Shot is such an experience; the musicians seem greatly in tune with each other and play off each other, and while each seems more than capable of ripping out virtuoso solos they rein it in to maintain a mutually sympathetic environment in which to spontaneously compose. Or so it seems to me, anyway. It almost reminds me of parts of Henry Cow’s Unrest, a comparison for which I suspect I’ve earned a snotty remark or two. Recommended, anyway.

Taylor’s Universe is a more typical jazz fusion ensemble, and features Karsten Vogel of Secret Oyster and Burnin’ Red Ivanhoe on saxophones and bass clarinet. Rounding out the line-up are Jon Hemmersam on guitar and Variax, Kalle Mathiesen, and Rasmus Grosell on drums, and Louise Nipper on vocals. The compositions span over thirty years although this is a fresh recording. This is highly composed music, with each track containing key melodic motives that are explored in ensemble fashion. “Vue (Time Bolero)” is an interesting building track strangely reminiscent of Earth and Fire’s “Song for the Marching Children.” With a mix of laid-back cooler material and more bold, intense fare, Oyster’s Apprentice is a pretty solid forty-five minutes showing another facet of Taylor’s artistry.