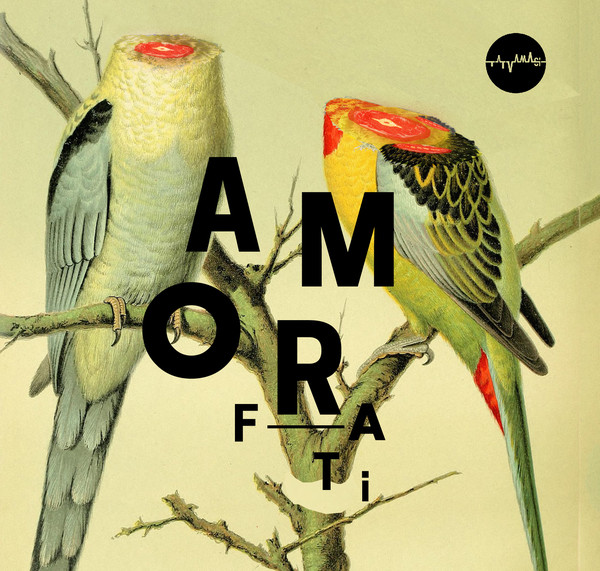 I reviewed this Polish band’s album Parts of the Entirely back in 2014, and saying I liked it a lot would be an understatement. Since then, they’ve released four albums, of which Amor Fati was the third, coming out in 2017. It’s not new anymore (with Haldur Bildur coming out in 2019), but it’s good enough that I feel compelled to write about it. Parts of the Entirety blended composition and improvisation in a very appealing and balanced way, but Tatvamasi’s next two releases, The House of Words (2015) and Dyliżans Siedmiu (2016) tipped the balance heavily towards improvisation, with only minimal composed material. Amor Fati returns to the more balanced approach and features an expanded lineup with two violins (Anna Witkowska and Michał Ostrowski) and cello (Małgorzata Pietroń) in addition to the core of guitar (Grzegorz Lesiak), bass (Łukasz Downar), drums (Krzysztof Redas), and saxophone (Tomasz Piątek). The music sits somewhere between jazz, rock, and avant-garde chamber music, and the strings contribute to the sound as full participants, not just embellishments, and get in on the improvisation as well. Some of the composed sections (credited to Lesiak) are quite lovely, with beautiful polyphonic lines weaving in and around each other; other parts get more raucous (though not really rock), and the way non-musical noises like sax squawks, scraping strings, and so on is very creative. In spite of the disturbing cover art, Amor Fati is a fine album, and would have made my Best of 2017 list if I’d heard it when it came out. But better late than never, and now that I’ve heard it, it’s become a fast favorite.