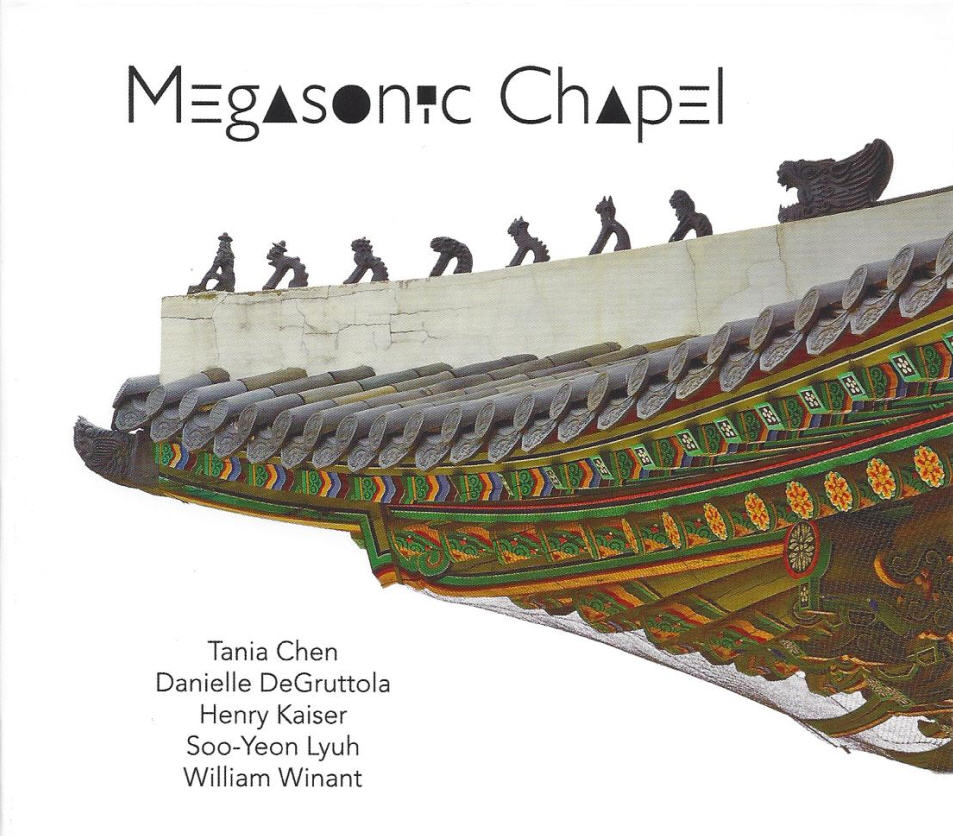 While one probably won’t find this on any top 100 charts in this or any other universe, Megasonic Chapel is a single 80-minute improvisation, very subtle, shimmering and beautiful, never harsh or abrasive, in fact at times one might even forget that it’s on it gets so quiet, yet it functions just fine as background music for the listener who doesn’t want to focus on it, yet if one chooses to focus there are a lot of exciting and emotional moments, with subtle evolutionary transitions that link one section to the next. There are no indexes, this is one long track, though some indexing might have helped the listener find certain parts a bit easier. Though guitarist Henry Kaiser is the most recognizable name here – and I’m sure he had a major hand in making this recording happen – every player gets many chances to shine throughout, and at any given moment some subset of players is at the forefront, with others supporting. Kaiser is primarily playing a 13-string acoustic harp guitar and a six string acoustic bass, but at several junctures he’s playing a variety of electrics as well, including a wonderful distorted and effected slide freakout at around the 45-minute mark. Tania Chen is a pianist who contributes subtly but very importantly throughout the entire improv, providing shimmering melodic fragments, while cellist Danielle DeGruttola wields a formidable bottom end to the sonic spectrum. Percussionist Willy Winant is probably the least heard among all the players here, his contributions tend to be very subtle accents that tend to hide behind the other instrumentalists, although there are some exceptions. By far the most interesting element is the Korean traditional haegeum, played by Soo-Yeon Lyuh – two silk strings over a hollow wooden soundbox and mostly played with a bow, similar in some ways to the Chinese ehru. Though for most of the duration it’s residing low in the mix, there are several points (including around the 60 minute mark) where it’s featured very prominently, and some others where Lyuh and DeGruttola both lead with their bowed strings together. All taken, Megasonic Chapel is something that must be heard to be appreciated; I can write about it for hours, but will be no closer to describing what the listener will hear – there’s really nothing else one can compare it to.