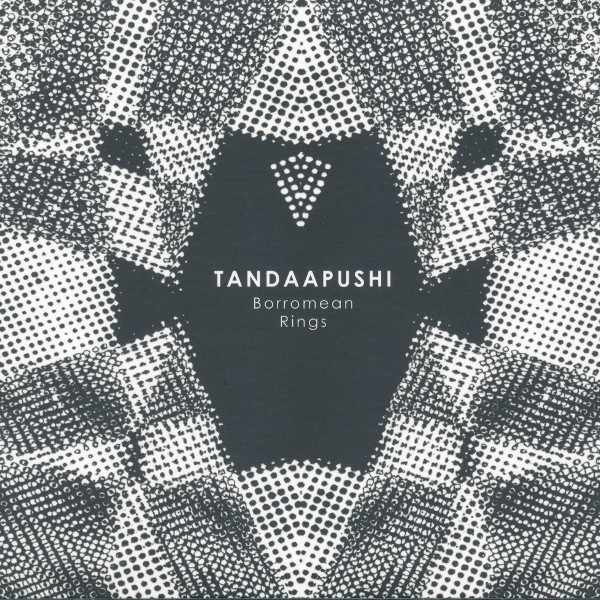 This trio features the instrumentation of drum kit, bass, electric guitar, pianet electric piano, no-input mixing board, and “amplified objects.” The liner notes are explicit about the recording process in a way that few other albums attempt: “...recorded at Nona theater, Mechelen, Belgium on november 29th 2016 Ted Masseurs did the recording he used 15 microphones and 4 DI boxes to record… he pushed the recording button 13 times for a total of 13h 17min 39s of recording 9min 21s are here on this record…” (with punctuation and capitalization copied from notes). Similar descriptions detail a second recording session which resulted in almost three hours of material, 25 minutes of which were used, for a total length of 32:30. It is also noted that “...we had fries for lunch” on one of the recording dates. The musicians involved were Léo Dupleix (pianet, mixing-board, and objects), Laurens Smet (bass, guitar — also in M(h)ysteria), and Louis Evrard (drums, guitar, drum machine), and their music is free-flowing improvisation, often with drums and bass (or guitar with octave pedal) laying down a groove while crazy noises go on and the pianet provides the occasional notes, usually fairly distorted. Only one track, “Part 2,” is longer than five minutes, but it clocks in over 15, and manages to retain interest by gradual shifting of the drum pattern and the types of distorted noise used. Other parts of the album range from very sparse noises backing aimless acoustic guitar plucks to insistent heavy riffing behind angry, fuzzy pianet. This kind of sonic experimentalism isn’t for everyone, but it’s an intriguing exploration of a distinct space full of curious noises created in unconventional ways.