Taliesyn — When Silence Will Be Unbearable
(Music Is Intelligence WMMS 087, 1996, CD) 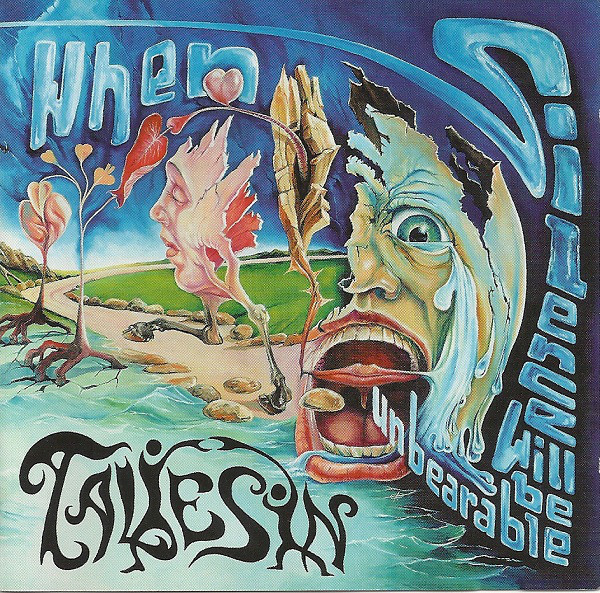 This German band makes prog-metal with a difference. For one thing, you can actually hear the keyboards! Not only that, but the keyboards also get some decent solo space, rare in music like this. Likewise, singer Jennifer Holzschneider is no harpy-like screecher, rather she is another in a long line of northern European prog rock vocalists like Earth and Fire's Jerney Kaagman and Ruphus' Gudny Aspaas. She may not always be on, but she certainly is strong enough overall to sustain interest. As always, in such bands, guitar rules over all things, yet while it's often loud, it's not the only game in town. There are even some softer passages featuring acoustic guitar and piano, a big plus. So many, in fact, that I'm beginning to wonder if "prog-metal" is an accurate description. "Neo-prog with some heavy-metal tendencies" is closer to the mark. While this album won't reveal the inner mysteries of the cosmos (though the lyrics reveal that the band would like you to think otherwise), you could certainly do far worse.

Ring of Myth - Unbound – First impressions are generally correct. This could be a likable excursion down a well trod path, however, I found it pretty much impossible to listen to this CD all the way through. This LA band is a...  (1996) » Read more