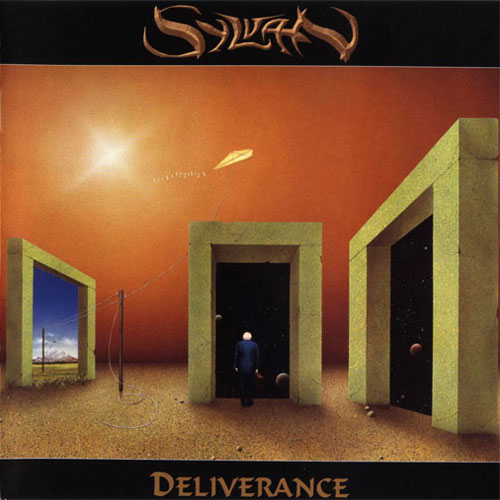 Here's a well-recorded album by an obviously polished German group filled with interesting ideas. I'm sorry to say that those ideas don't always work, such as "A Fairytale Ending," but I appreciate the effort behind them. Sylvan's sound on this album varies widely, from near "space music" to true metal prog. There are lots of momentary jewels sprinkled throughout, like the infrequent keyboard hook with a choice patch selection, or fat overlapping vocals with tons of effects. The album is very listenable overall, but I feel the band's best songs are at the beginning and in approximate descending order until "A Fairytale Ending" at the end, a concept piece that re-tells the Tolkien story of Beren and Luthien, beginning with what sounds like drunken bards chanting (yes, really), and moves on to include driving electric guitar parts, oddly pronounced character names, just plain bad acting, and… other things. Obviously, not my favorite song, but it does have some cool moments. However, I did enjoy "Golden Cage," "Unconsciously," and "Safe." The intro section of "Unconsciously" seemed a bit awkward to me, but after that it's like two or three songs in one because it does so much in its 10-minute length. Leave a few combinations of notes for the rest of us, guys! (Just kidding.) I loved the tempo change in the lighter-waving "Safe," an attention-getting, mood-altering device that is very under-used in prog. The nine-minute "Those Defiant Ways" wasn't very exciting at first, but it's like playing a video game where the music is different in every room - just run around a corner and it will be a different song for a little while... until it changes again. The keyboardist's skill really shines out on this album and the guitarist's talents are also obvious, but I thought the vocalist was too forceful at times when subtlety would have made a particular section more poignant. I wouldn't recommend this album, but your mileage may vary, especially if you like heavier prog.