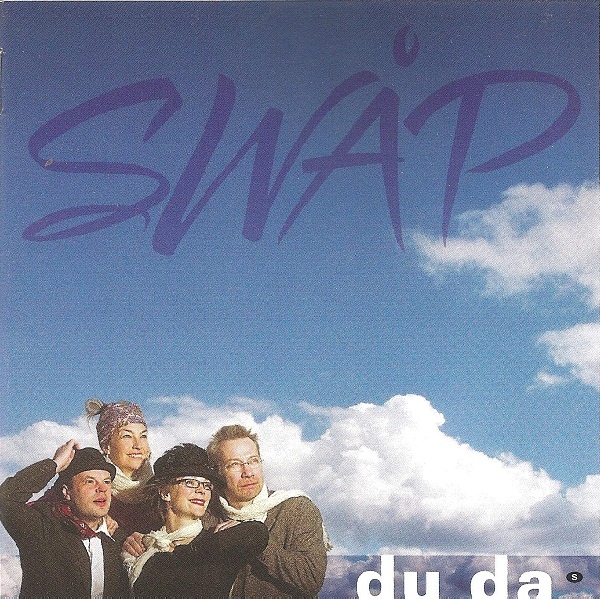 Swåp, you might recall, is the foursome of two Swedes – Carina Normansson (fiddle, vocals) and Ola Bläckström (fiddle) – and two Brits – Karen Tween (accordion) and Ian Carr (guitar). The music, however, is pure Swedish to my ears, full of the lilting melodies and bouncy rhythms I associate with Scandinavian folk music. This is not to diminish the advertised Celtic influence in their sound, which does show up occasionally, mainly in Tweed’s accordion. But the two traditions are not that far from each other musically to begin with, and the blend is completely seamless, so titles like “Brudpolska från Orsa efter Minu Per” and “Mäster Åslund” sway me to the Swedish side. After all, the most notable jig they do is “Ian's Jävla Jig”. The playing all around is spirited and tightly arranged. The highlight for me is the brief “Blind Mattis Leken” which features a quick 9/8 rhythm with shifting accents that may or may not be the result of meter changes – it’s hard to tell when they fly through it so fast. Roughly half of the music is traditional in origin, with various members contributing original tunes. Normansson’s singing is strong and lively, and English translations are provided.