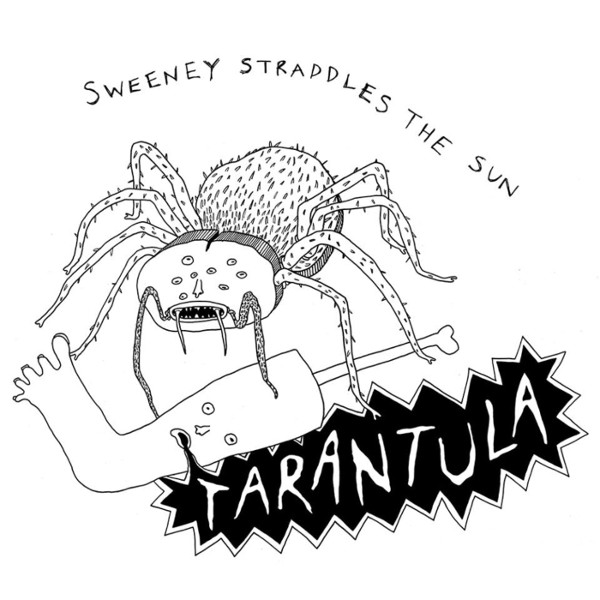 Sweeney Straddles the Sun is the solo project of Glaswegian artist Jason Sweeney. A very strange performing name as straddling the sun can be extremely dangerous, plus I do not fully appreciate how this name relates to his music. Sweeney released his first album Erect in January 2010. Then he took another five years to compose and record his second solo album, Tarantula. Whereas Sweeney put some effort into the artwork for Erect, the artwork for Tarantula is amateurish, reminiscent of the cassette culture, and totally unrelated to the music. Tarantula contains 13 tracks of retro lo-fi New Wave plus some experimental moments (e.g., the 59 seconds of pulsating noise of the opening track “Espousal”; “Modern Super Peeper” uses of vintage sound bites from a self defense class against peeping toms laid over clashing electronics; “Never Been Kissed” with its odd take on Germany’s Der Plan; and the title track with its vague Frank Zappa ambiance that ends up being too long for a 2:12 song). The rest of the album features analog synths and sequencers churning out pop-synth that could have been recorded by The Human League, Heaven 17, Ultravox, or John Foxx. But unlike these groups, Sweeney’s lo-fi approach and his pleasant vocals mixed way down in the music lacks their edge and sex appeal. Most of the songs are too repetitive and over long. Probably the best song on the album is “Veganism Begins at Home,” an off-the-wall love song.