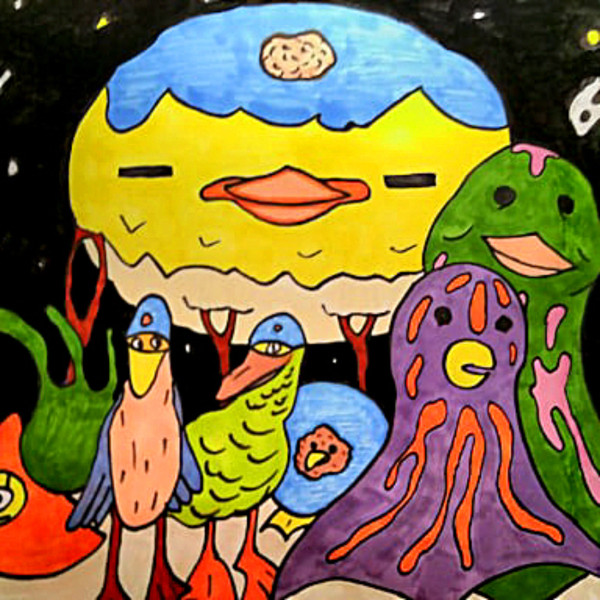 Jason Sweeney AKA Sweeney Straddles the Suns’ first album, Erect, was released in 2010. Sweeney’s second album, Tarantula, seven years later in 2017 and now his third release, Ducks at the Moon, this past spring. Ducks at the Moon is actually an EP with the eight tracks lasting a little over 17 minutes (tracks ranging from under a minute to roughly four minutes). On this outing, I am reminded of the mysterious insanity of The Residents. Some of the tracks are bizarre psych-pop song arrangements and others experimental. Cheesy keyboards, electronic percussion, drum machines, the occasional guitar, and vocals along with a dash of New Wave should give you an idea of what to expect. Then there are the experimental tracks: “So Many Holes” with samples of processed moaning voices, the dissonant organ and guitar “signals” of “Triptock,” and the odd little ditty “Squeezy McPleaze” with the endless rhyming of squeezy, cheesy, wheezy, and McPleaze that lasts just under a minute. Some of the song titles are quirky as well, such as the experimental pop-psych “My Wife Has No Brains in Her,” “Die-Ku” with the opening line “Why don’t you just die?”, and the closing track “Robot Baby Broke” that contains 70s computer synth notes plus oddball electronic sounds that you would not normally hear in a song structure, but somehow supports this catchy tune. So if you are in the mood for something quirky, this new album may just be for you.