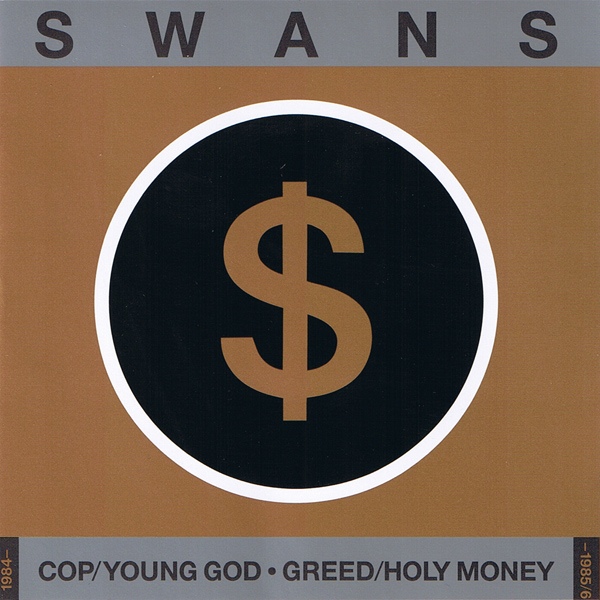 For those of you unfamiliar with this ensemble on this reissue two disc set, Swans is an artsy cult band who blazed a trail of punishing punk metal which is fairly popular in certain circles. The band is now recent history, the members having finally moved onto higher ground from the carnage remaining after over ten years of violent musical expression. Disc one is Cop / Young God and indicates a certain fascination with heavy themes, but in an experimental tone which fits into a more punk approach unique for its time. I guess you could say when Van Halen was coaxing an audience to "Go ahead, Jump", these guys were blazing away with a new sound which wouldn't surface until much later. From the band's early influences (Black Sabbath and techno primarily), it was clear that the group was pounding its way into a pulsing and purlverizing musical warzone. This two disc set collects their most influential early work from the mid 80s onto two almost 80 minute discs. There is an almost subversive Jim Morrison-like prose delivery from Michael Gira on "Another You" which showcases the group's ability sustain aggression. This set is the most crushing ambient approach I've heard yet within a band context: the stuff that major label reps analyzed to determine if they wanted to sign the band to their mainstream label. That probably tells you why indie label Thirsty Ear scooped up these recordings long after the group decimated their own musical landscape. And should this appeal to a progrock enthusiast, you ask? There is some grungy heavy material on the albums which should long ago have found an inroad into modern progressive attitude. From that point alone I believe there is a relevant viewpoint to acknowledge the band in addition to influencing other modern bands such as Tool.