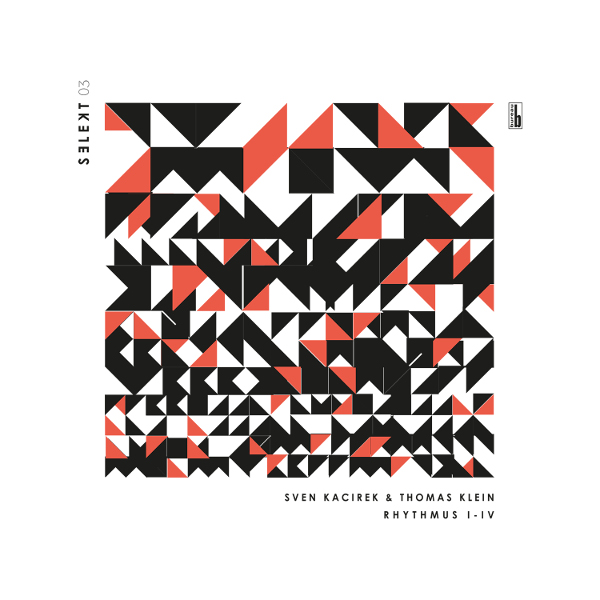 Selekt is Bureau B’s sub-label for releasing experiments, collaborations, and remixes. For its third Selekt release, Bureau B wanted to see what would happen when they brought two well-established electronic percussionists (Sven Kacirek and Thomas Klein) together and tasked them with producing four tracks exclusively with percussion instruments. Kacirek and Klein (AKA Sølyst) have their own distinctive rhythmic languages, working remotely between Kacirek in Hamburg and Klein in Düsseldorf. Each musician sent the other sketches for further development and expanded upon the ones they received, much like an Exquisite Corpse. Kacirek and Klein contributed their own spectrum of instruments including drums, cymbals, shakers, xylophone, and vibraphone, as well as sonic treatments combining acoustic and electronically triggered material into the four compositions. They only met in person in Düsseldorf for the final mixes. Though all four pieces are heavily rhythmic, each has a different vibe. “Steyn” is slow and ponderous with a quasi-melody line that eventually appears. “Hollz” is a quiet piece with rapid vibrating clicks. “Methal” consists of metallic sounds, chimes, vibraphone, and a tin can drum. And the closing track “Elekktrik” sounds like it was constructed from analog drum machines. Those of you into pure rhythm will enjoy this album.