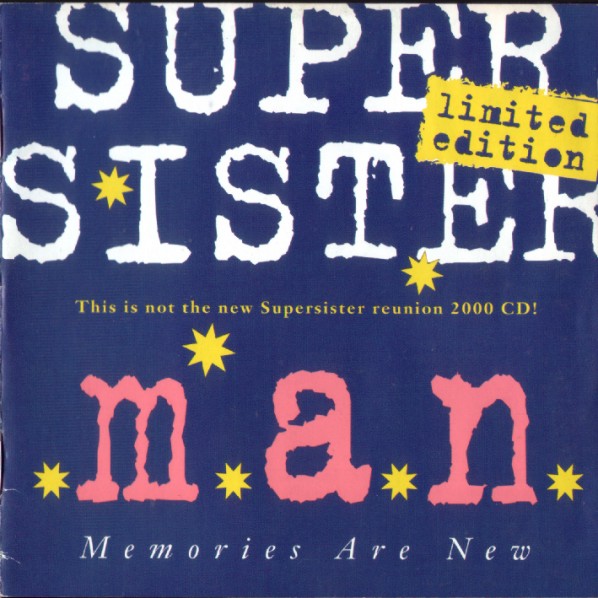 After a silence of 27 years the illustrious Dutch psychedelic group is back, not with a new album, but with treasurable memories. The first four albums, Present from Nancy (1970), To the Highest Bidder (1971), Pudding en Gisteren (1972), and Superstarshine (1973), were all top notch and full of invention with fast unusual rhythms, odd stuff, and fabulous humor. Here’s a 17 tracker with live as well as studio recordings. The first four tracks are live. Is there anything new? Yes, for example on “Mexico” the slow rhythm with drum bashes suddenly excels, while the early Pink Floyd-esque atmosphere doesn’t change. Incredible are the recordings from the group with the Tanz-und Unterhaltungsorchester des NDR in (1971). Supersister improvises here on new composed songs over melodies and sometimes waltz-like rhythm. But truly unique are the last tracks that date back to their psychedelic birth. A lot of great weird stuff can be heard. (Too bad that the non-Dutch can’t understand the lyrics on “Manke Boerenwals” and “Psalm,” because they are really hilarious!) Excellent mastering. The little booklet is crammed with photos and clippings. Very nice. Be sure to pick this up before it’s gone, because it’s a limited edition.