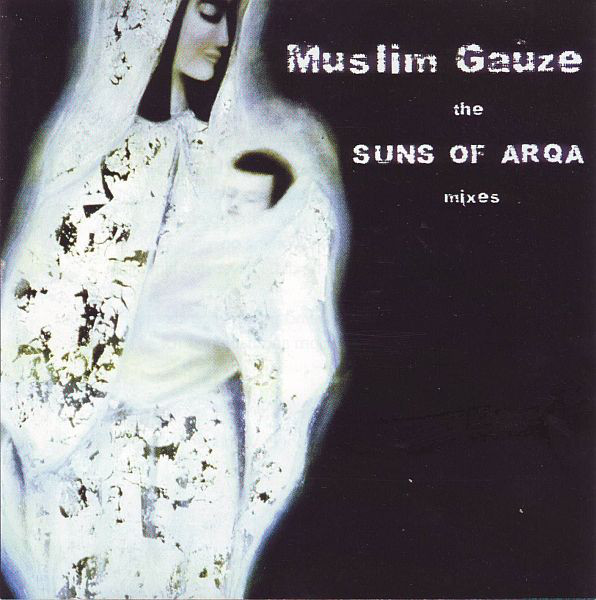 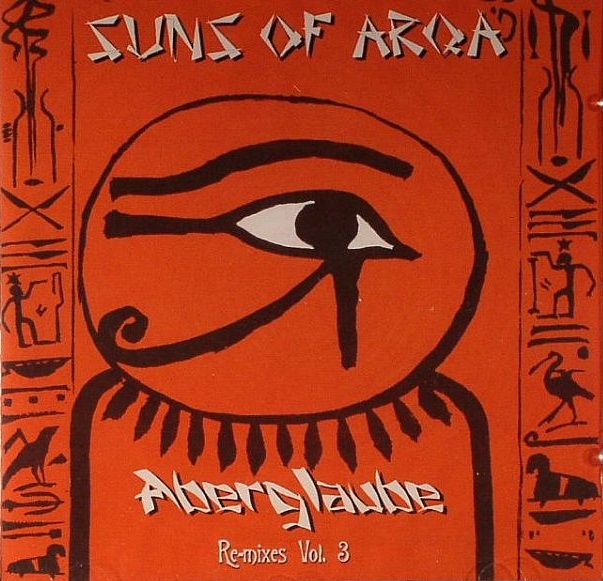 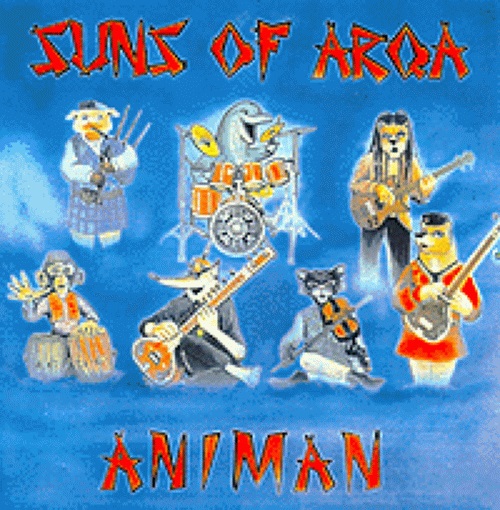 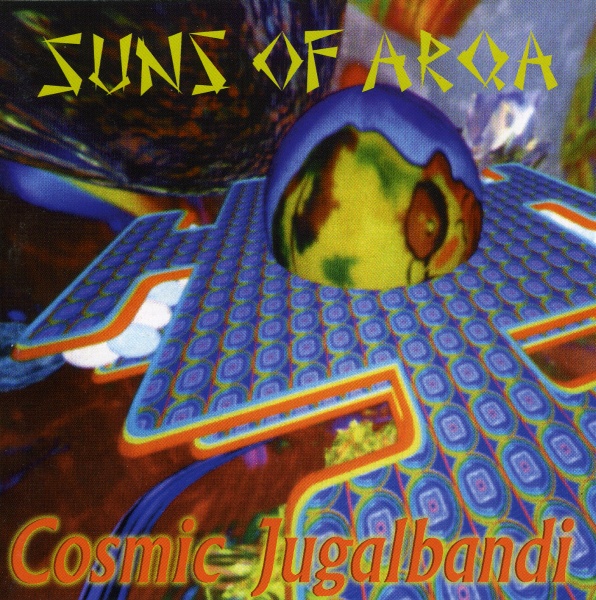 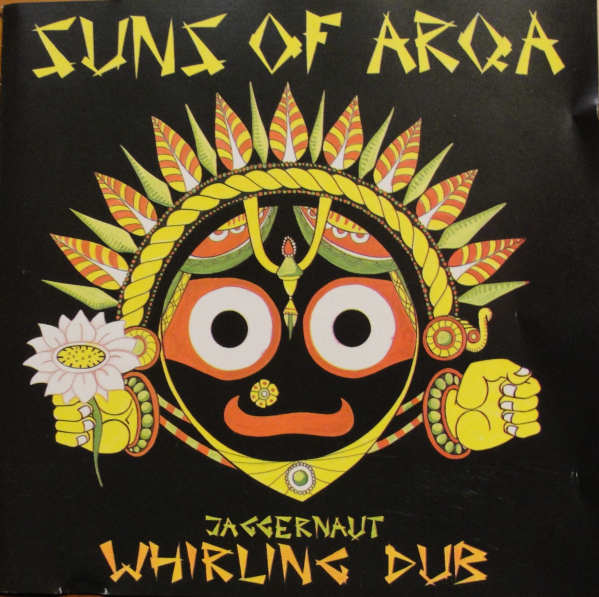 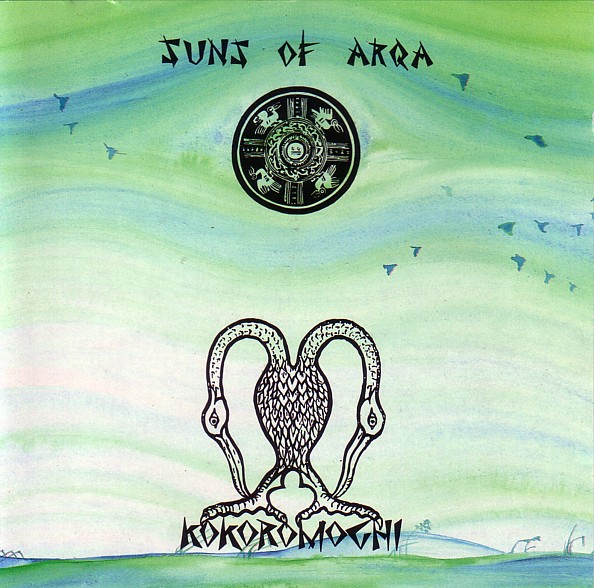 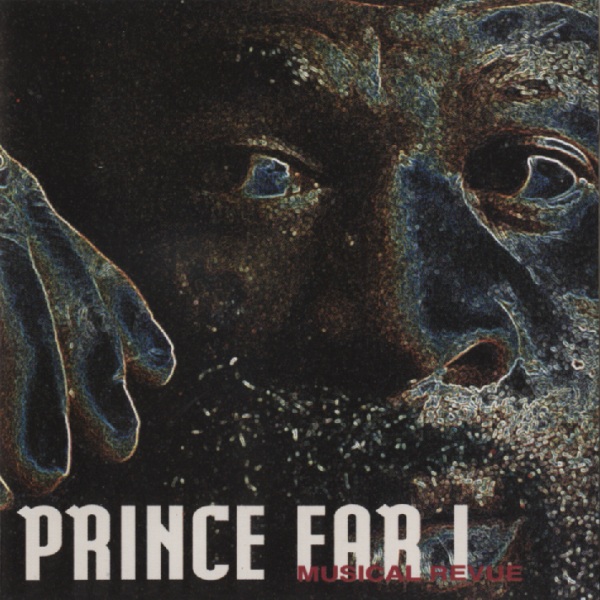 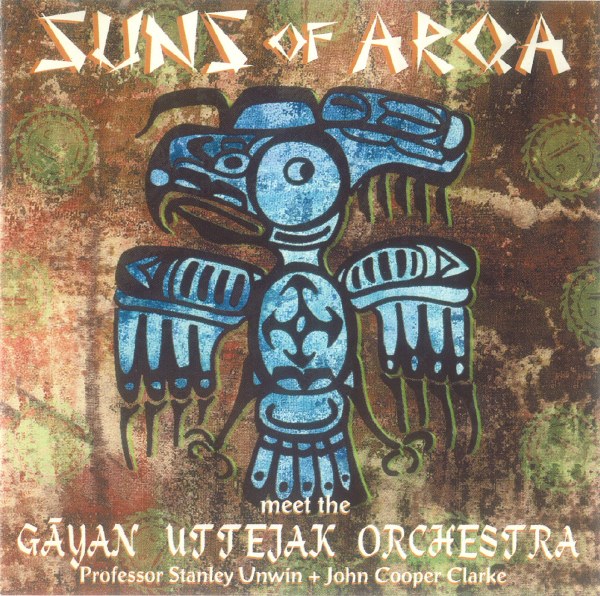 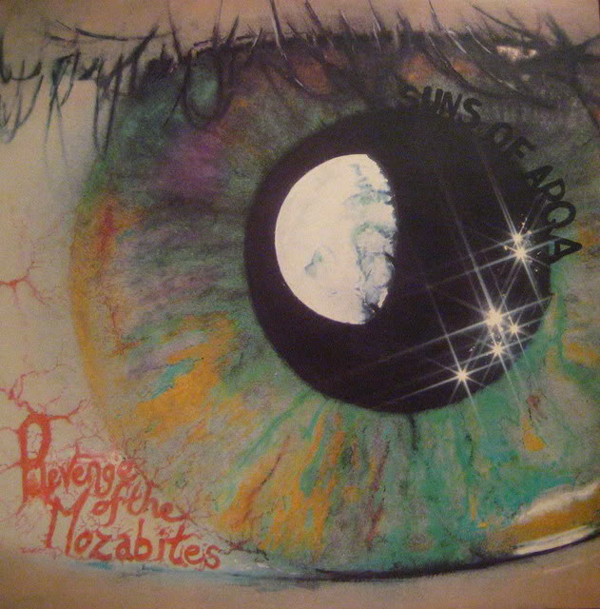 Suns of Arqa started in the late 70s, first gaining notice as the touring band for reggae star Prince Far-I. Bassist / multi-instrumentalist Michael Wadada has been a constant in the band which has seen a large number of members and guests. When they recorded their first album back in 1979, there was nothing in the musical landscape to compare them to. Revenge of the Mozabites is a fusion of Middle Eastern and Indian sounds with Jamaican-style dub unlike much of anything heard even today, unless it’s some of the projects Bill Laswell or Jah Wobble have produced. The production is a bit primitive at times, but the adventurous spirit of the music is crystal clear. Tabla provides rhythm for violin and harmonium, then a reggae beat comes in on the bass and drums, all with tons of outer-space echo. Then a Spanish guitar and castanets join the dubfest, along with a wordless female voice. For contrast, the next track is “Sully’s Reel” an Irish-sounding piece for fiddle, flute, and acoustic guitar, all treated with phase shifting and other effects. As the album progresses, these elements return in various combinations.

Kokoromochi (1992) takes the various styles presented in the debut (minus the jigs and reels) and refines the sound, losing much of the reggae influence and concentrating on India. In spite of the mellower mood, this is one of the more satisfying of their releases, and it should appeal to fans of 80s Embryo. The bamboo flute of Raghunath Seth and the violin and mandolin of Dr. Himadri Chaudhuri alternate as the dominant voices, with tabla and Wadada’s bass for backing.

Jaggernaut Whirling Dub (1992) is one 16 minute track (originally on an LP called Antler Subway) along with three remixes of same. Lead instruments are the shenai of Kadir Duresh, Tim Wheater’s flute, and Marek Miczyk’s violin; backing is much more energetic than on Kokoromochi, with a drum kit courtesy of “Sticksman” in addition to tablas and Wadada’s bass. The lengthy remixes range from ambient to moderately upbeat, with no dance-floor thumping, but as long as you’re not in a hurry for things to happen, this is quite an enjoyable CD.

Aberglaube (2001) consists of reworkings of tracks off other SoA releases, including a very trippy take on “Tomorrow Never Knows” that sounds like Steve Hillage in an especially altered mood. A few tracks are truly excellent, and most of it is fairly interesting; if you think a partly electronic, very spacey interpretation of world music sounds like a good idea, you’ll probably like it.

When Muslim Gauze (AKA Bryn Jones) met Wadada, the resultant eighteen pieces generated a darker tone. Darkwave enthusiasts may want to examine these sonic sculptures as chop and edit approach used almost exclusively with heavy bass and sinister consequences. The 2001 disc is mostly three-minute sequences that bounce along tempo-wise with minimal interaction or soloing. “Finding the Chord I Play” is grounded on tabla and fierce grinding bass line; “Annanage” is directed more toward techno; “Khammarubi” relies on crystal synth settings to create a precious tonal quality.

The live album Animan (1997) features sitar and flute heavily, with some propulsive beats from tabla and other drums, all accompanied by some Gilli Smyth style “space whisper” vocals. This alone is enough to mar the enjoyment, though fans of Mother Gong will probably do just fine.

SoA’s 1999 intersection with the traditional Hungarian Gãyan Uttejak Orchestra of László Hortobágyi yields a more traditional Muslim set. Again kit drums and high hat drive the overall dub mix, and the dance elements are consistent with the group’s other works. Opening piece, “Mahãdub” defers to religious context that was the same set of influences that Brian Eno and David Byrne together extracted into western pop music. “Miyãn – Ki Dub” is perhaps the most surreal on the disc with swirling flutes and tabla and lush synthesizer backing that makes it a standout track.

The band’s newest (as of 2000) studio album is perhaps the best. “Jugalbandi” is a term used in India for a musical duet, and the CD is primarily a dialog between violin (Johar Ali Khan) and bansuri flute (Baghunath Seth). Backing is the now-typical SoA fare of tablas, drum kit, and electronics. All in all, a nice way to get your India fix with some modern sounds in place of any academic stuffiness.