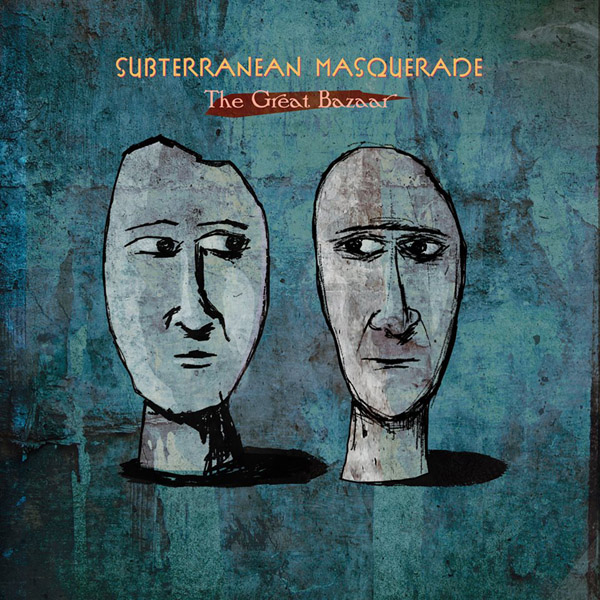 If pressed for a stylistic label for Subterranean Masquerade, progressive metal is a good starting point, but like many Swedish and Norwegian bands with that background, there’s a lot more going on than just metal. Several tracks are infused with a Middle Eastern influence, with percussion and scales and bent notes evoking somewhere between Egypt and Kashmir. Most of the vocals are clean and melodic, though a metal growl crops up from time to time, but I suppose that’s de rigeur in certain circles. Prominent keyboards are not just pseudo-symphonic pomp vehicles, but are really integral to the arrangements. One thing I appreciate is the variety in subject matter – so many bands coming from a metal background are focused firmly on dark topics, but Subterranean Masquerade seems to be more like a “normal” progressive band in that respect. Listeners who prefer their genres to be applied purely will be put off by the variety, but if you’re that narrow-minded, you’re probably not reading Exposé anyway. With its longest track clocking in at just over nine minutes, these guys also resist the temptation to stretch things out too far, keeping the songs concise without sounding rushed or short on ideas. I would hope that most fans of progressive metal would go for this, and it seems like listeners coming from the progressive rock side should enjoy it as well (unless the Cookie Monster parts, infrequent as they are, are non-negotiable). Subterranean Masquerade is a band with lots of promise, and hopefully they’ll avoid the temptations of pretentiousness and taking themselves too seriously.

Rasha - Let Me Be – Go to your favorite record store, to the world music (or international as some of them call it) section and look for Africa. Most of them will have a fair number of CDs, usually separated by country...  (2001) » Read more