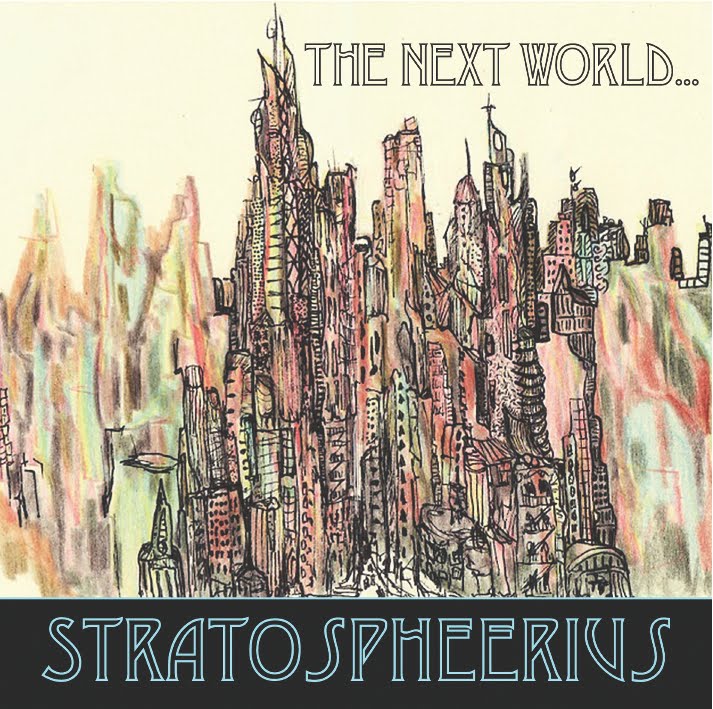 Joe Deninzon is a world class talent, fronting the band Stratospheerius as electric violinist, singer, and primary songwriter, along with some mandolin and acoustic guitar. His material is diverse and varied, primarily virtuosic rock with some jazz, funk and tasty country elements in the mix, with classical savvy underlying it all. He’s using just the right amount of effects and distortion to push his lead instrument into the power realm, without taking it overboard for what his band is trying to accomplish. One can think of him as sort of a Mike Keneally of the electric violin. Deninzon has surrounded himself with an equally impressive roster of musicians, including guitarist Aurelien Budynek, bassist Jamie Bishop, drummer Lucianna Padmore, and other supporting guests on synth, guitar, upright bass, percussion, and more, all track depending. Deninzon could have gone the all-instrumental route a-la Dixie Dregs and made it work superbly, as the three varied instrumental tracks here “Road Rage,” “Fleshbot,” and “Ballad for Ding Bang” certainly convince, but as the remaining eight tracks prove, he’s got a lot to say with his lyrics on cuts like “Release.” “The House Always Wins,” “The Prism,” and “One Foot in the Next World,” and he’s a solid vocalist to boot, which only adds more power to the punch of this outstanding band. There’s plenty here to get excited about, and this is certainly Stratospheerius’ best effort to date.