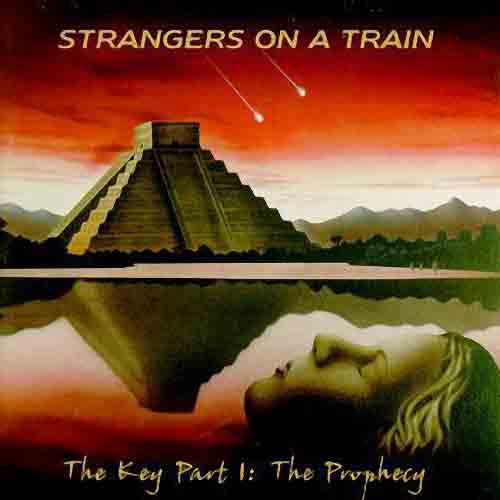 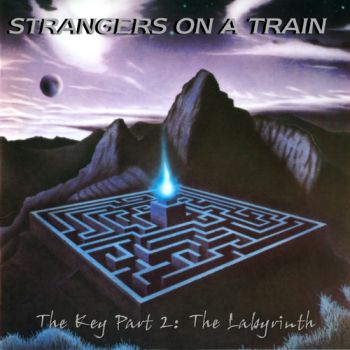 Strangers on a Train was a short-lived project whose two albums were originally released on the infamous SI label. The band pretty much launched the careers of several notable musicians in the neo-prog sphere: keyboard wizard Clive Nolan (Arena, Pendragon, Shadowland, Caamora), guitar player (and now producer) Karl Groom (Threshold), and prog diva Tracy Hitchings (Landmarq). Part 1 of The Key introduces the main character and follows her through a series of episodes, some explained lyrically and some described instrumentally, while in Part 2 vocalist Alan Reed (Pallas) joins Hitchings to expand the story line into some truly unfathomable lyrical territory. Naturally, Nolan’s keyboards — piano, synths, harpsichord, strings, and more — are at the core of the songs. This makes sense, seeing as how he wrote all of the music and it’s all his idea anyways. Groom plays the role of sideman, though his contributions on electric and acoustic guitar are uniformly economical yet potent. Nolan has always had a theatrical bug, and these albums prove that it started early. There are times when Hitchings and Reed are dueting that sound a lot like Caamora’s She project from 2008. At first the absence of any drums (and very little bass) is jarring and can make the recordings sound like demos, but repeat listening turns this potential pitfall into a strength. Without a rhythm section the listener focuses on the core melodies, arrangements, and vocal and instrumental performances, and on all counts they are winners. It’s an unorthodox approach, especially within a musical style that tends to value bombast, instrumental heroics, and Olympian grandeur. How refreshing then to listen through an hour of quality songs on a more intimate scale. It’s good to have these albums back in circulation, and perhaps someday we’ll learn how it all works out in Part 3.