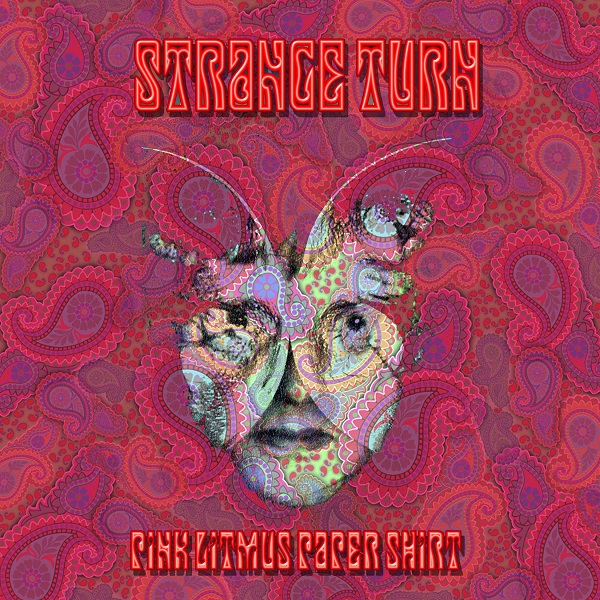 There is a dearth of information about Strange Turn. All that I can determine is that they are a UK-based band that has just released their debut hot pink vinyl 7-inch on Mega Dodo. The A-side is their original five-minute tune “Pink Litmus Paper Shirt” and the B-side is a cover of Gene Clark’s (of the Byrds) “Elevator Operator” released in 1967. From high school chemistry, everyone should remember that litmus paper turns pink when it touches acid, so that should give you a general idea. “Pink Litmus Paper Shirt” is a psych pop song with Strange Turn singing the title as a repeating refrain. Eventually you hear “I’m feeling so inert in my pink litmus paper shirt” that you know the mind games have begun. Then the song gets trippy by wandering off into “I Am the Walrus” territory with whispered voices and sound bites accompanied by multi-tracked and reversed music. The flip side is a faithful cover of Gene’s song (it sounds almost identical), but Strange Turns takes it bit further into the 60s garage-psych-pop world. This 7-inch is a teaser. I want to hear more from this new band.