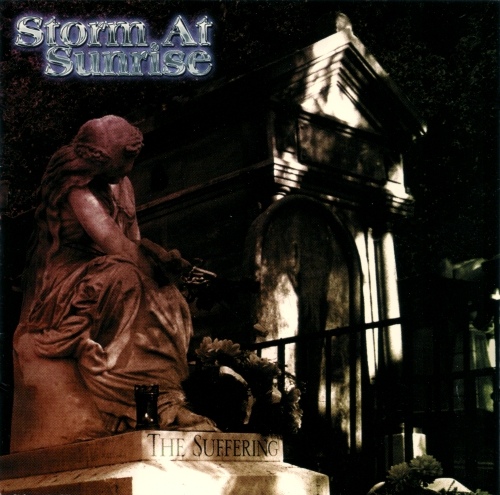 Storm at Sunrise’s debut was a faithful, if slightly amusing, Southern-bred retread of the classic 70s rock sound of Deep Purple, ZZ Top, and Kansas. But even with Black Oak Arkansas veteran Kinley “Barney” Wolf on bass this time around The Suffering is simply painful to sit through. I’ll be the first to admit that when it comes to riffin’ rock without compromise, SaS has few peers. And once keyboardist/drummer/singer Dave Gryder finds someone to fill in behind the kit then I’m sure they’ll be a force to be reckoned with live as well. Where I have trouble with this record is the mind-numbingly redneck/truck-pull/white-trash lyrical philosophy of songs like “Everything Sucks,” “Man, That’s a Drag,” and “The ‘I Hate the Blues’ Blues.” Sample some of Gryden’s poetry from the latter: “Man, fuck the blues! / I’m just usin’ my free speech / So don’t come cryin’ to me. Yeah!” And even though he seems to suffer from some kind of slurred speech impediment, Gryder also proves the musical theorem that given enough shouting any fool can sing hard rock. It’s a pity because instrumentally the band is loaded with talent, and when the Mellotron enters the picture, as on the title track, the material actually adopts a dark edge à la Anekdoten that is genuinely cool. How the delicacy and taste displayed here can exist on the same record that sports the lyrics, “You’re a slacker, there I said it.” and, “Feed the hate, procreate” is truly beyond me. Must be a Southern thing.