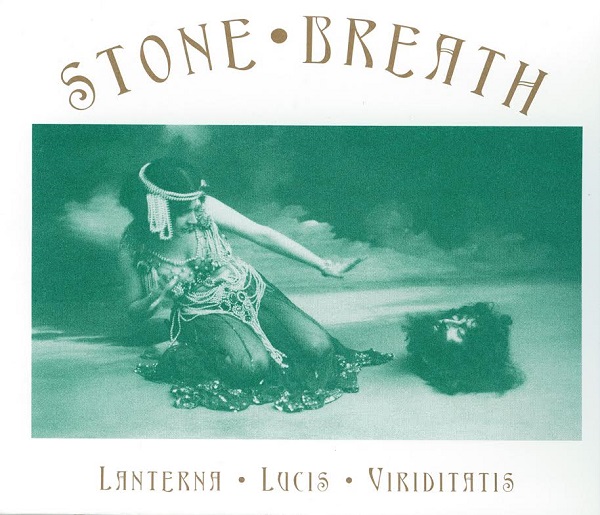 Stone Breath’s third album, recorded in 2000, has been reissued with a second CD of rare and unreleased tracks. On Lanterna Lucis Viriditatis Stone Breath continued their exploration of dark folk music through green-leaved trails to a forgotten chapel deep in the woods. On the way Stone Breath introduces us to John the Baptist, Osiris, Isis, John Barleycorn, the Knights Templar, King Solomon, and Jesus Christ, all seen through the leafy shadows of tiMOTHy’s nature poetry and observations. Some of these acoustic explorations are covers of traditional songs and a song by Clive Palmer, one of the founders of the Incredible String Band. The entire 13-song album is presented on Disc One. Disc Two contains an additional 15 songs from various compilations, EPs, live recordings, and one unreleased song recorded with Fit and Limo. The second disc contains traditional songs, “Osiris” by Clive Palmer, “A Soldier’s Dream” by Donovan, and numerous original compositions. TiMOTHy Renner’s own term for his music is wyrdfolk and I think this is an apt label. Playing a variety of acoustic instruments such the clawhammer banjo, dulcimer, 12-string guitar, harmonium, whistle, recorder, and percussion, tiMOTHy and his bandmates Prydwyn, Sarada, and RA Campbell play music that tends to grow on you over time, like moss. Renner is not the best of vocalists, his mournful monotone baritone singing can be off-putting. But if you make the effort, you will find some enjoyment.