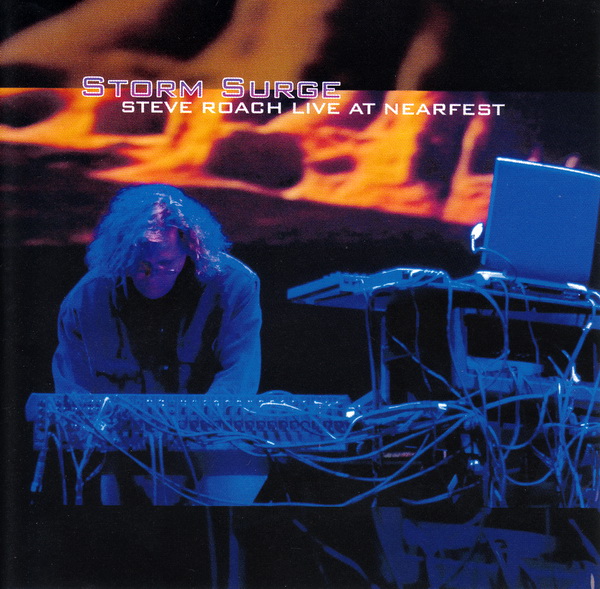 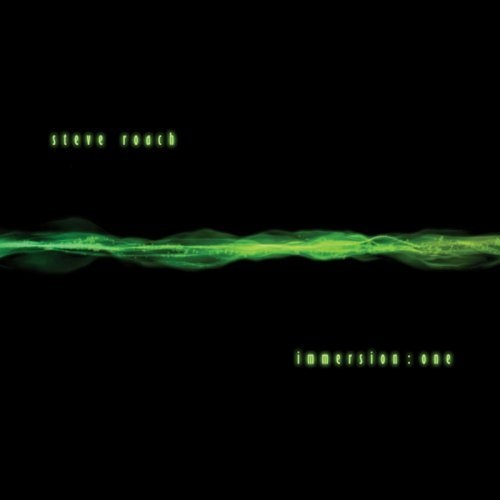 Steve Roach’s appearance at NEARfest 2005 was a landmark event. Any live performance by Roach is a rarity, but to be exposed to such a large audience — and one largely unfamiliar with his work—is truly a career highlight. Fortunately the good folks at NEARfest expertly recorded the entire performance and are making it available for purchase. Even though broken into ten tracks, the CD is really one contiguous musical journey (with one pause halfway through), albeit with myriad phases and thematic explorations. It eschews Roach’s more ambient side (as seen in his new “Immersion” release below) for a more rhythmic approach reminiscent of his earlier work. This was a wise decision for an audience more in tune with prog rock than Roach’s brand of spacey ambience. Aided by a computer-generated projection (sadly missing from the audio experience), Roach takes the audience through a mesmerizing vista of drones, rolling waves of synths, dijideroo harmonics, and blankets of ethereal white noise. At times, as on “Wings of Icarus,” Roach sets up tribal percussion for something more primal and heated. The performance peaks with the mesmerizing “NEARstorm” that’s the coolest thing I’ve ever heard from Roach. It may be that I’m more inclined toward his more traditional EM side, but I can’t imagine any Exposé readers not digging this. Perhaps in honor of the setting, Roach even flirts with Mellotron strings and e-bowed guitar and the results are simply delicious. Kudos to the NEARfest folks and to Steve Roach for a magical recording.

No doubt many who were in the audience that have looked into Roach’s immense catalog of past and current releases. One of these is the first in a new series of ambient recordings titled Immersion. Those hoping to find the same kind of percussive energy in the NF performance may be disappointed with this CD. Rather, this is another in Roach’s continuing explorations of ambient sounds, most recently seen in the Timeroom series. The scant liner notes reveal little, though the CD print tells the tale: “Created for continuous low level playback.” For 73 minutes, the listener will be immersed in a rolling and slowly flowing blanket of synth drones. Roach occasionally blends in harmonics and overtones that create eddies and currents within the larger stream, though this is essentially one vast and unbroken ambient stream, no doubt the perfect accompaniment for relaxing or therapeutic activity. Taken with the live NF disk, this pair of CDs will give the listener a complete picture of Steve Roach circa 2006.