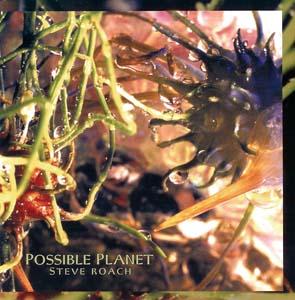 Steve Roach in his EM always worked with the benefits of both analog and digital worlds. For this album he not only concentrated on analog, he directed his ideas solely to a new brand of mighty modulars which he had purchased. Months of practise followed and then the moment arrived that he was ready to let the world share the feelings of pure analog bliss. One can’t escape the high expectations, that this must lead to something special, considering the huge talent of Roach. This being one of the Time Room editions means that the listener can expect some vast plains of sounds. “First Murmur” unleashes several rattling and foraging magnified sounds, which after several minutes get more and more overtaken by swelling dark soundbanks. This soundscape seamlessly flows into “Gestation,” where Roach further enhances the strength of the atmosphere by increasing the volume and by slowly shifting alien effects in stereo. In the end section, “Cell Memory,” sounds meander and curl like snakes that dive into huge circling layers of thick strata, projecting an overwhelming image of a blown-up cell interior in the mind of the listener. Despite the fact that this release is solid and especially during the last piece an impressive world Roach conjures, I’m still disappointed that Roach has not tried to alienate the atmosphere more, considering the colossal potential of the modular gear he uses.