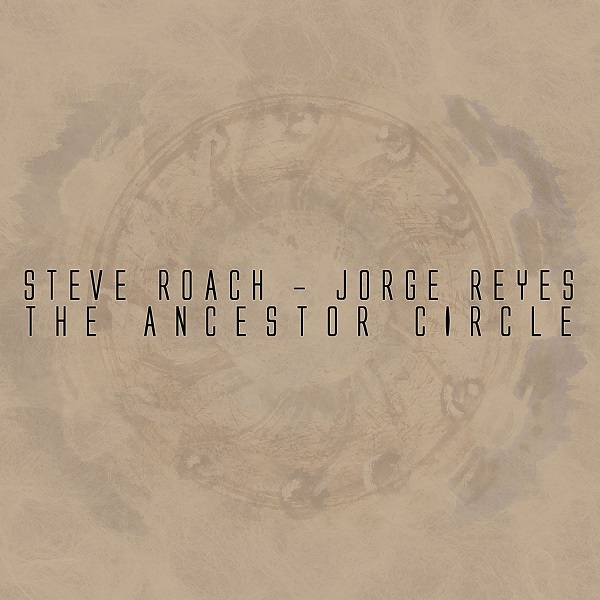 It was February 7th, 2009 when Jorge Reyes, one of the leading lights of the Mexican ambient music scene left this world. Parallel with his participation in one of Mexico’s most popular bands Chac Mool, founded in 1980, he had released a long string of albums focusing on fusing ambient electronic music with prehispanic sounds, many of which were collaborations with like-minded travelers like Suso Saiz, Antonio Zepeda, Francisco Lopez, and Steve Roach. For a period of time he formed (along with Saiz and Roach) the ambient / tribal supergroup Suspended Memories, who released two excellent albums in the early 90s. In 2000, Roach and Reyes collaborated on the Vine ~ Bark & Spore album, and the recordings at hand date from around that time, rehearsals recorded one week before the two gave a rare live performance at Tucson’s Temple of Music and Art. As it tends to go, the tape was mismarked and rediscovered many years later in 2013, after which Roach added some new elements and arrangements, editing everything to a concise 73 minutes. Although there are six titles on the disc, all flow together into a lengthy crossfaded continuum, though as might be expected, this is much is the style they achieved with Vine ~ Bark & Spore, with Roach handling the analog and digital synths, ocarinas, ambient percussion, looping and processing, and Reyes contributing prehispanic flutes, ocarinas, ambient percussion, hand drums, and electric guitar, plus some intermittent vocals. The mix of sounds in The Ancestor Circle is at once mind-altering, spiritual, and intense, each piece unfolding slowly and revealing a fragile mix of light, shadows and muted colors in ever-shifting layers, a textural soundworld borne of sonic turbulence. This is a world that exists well beyond any standard musical forms, and something that truly needs to be experienced.