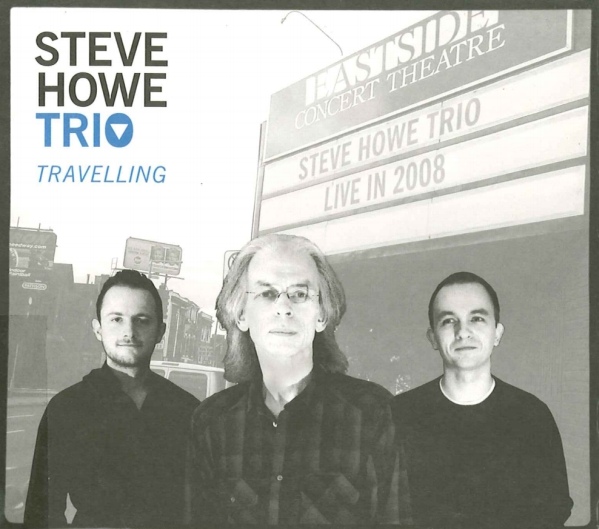 Steve Howe’s jazzy organ trio plays with the entire groove that this traditional jazz configuration demands, and then some. Together with his oldest son Dylan on drums and Ross Stanley on Hammond B3, the trio makes all the right moves, like a newt slithering into a well-oiled Louisiana bayou. Howe’s straight, clear tone from his Gibson hollowbody guides the listener through a careful melodic navigation in rich harmonic waters, with just the right amount of chordal foundation from Stanley, and offset by careful cymbal work from Dylan, as heard on pieces such as the bluesy “Dream River.” Three Yes classics are stripped down to reveal their underlying jazz color: “Siberian Khatru,” “Close to the Edge,” and Howe’s signature acoustic guitar piece, “Mood for a Day.” The former two carry all the urgency of their full band counterparts, but with more linearity in these versions, which swing like crazy. “Mood for a Day” showcases an inventive arrangement that surprised Howe himself when presented to him at playback. The trio exhibits a firm grasp of the fine nuances of the moody ballad on “The Haunted Melody” and the Hollies’ “He Ain’t Heavy, He’s My Brother.” Dylan Howe is the rhythmic glue for the band, alternating between heavy grooves and outright power. He holds a firm grasp on the melody and dynamics of the songs, adding just the proper accent. The icing on this proverbial cake would be to see this band on tour throughout the US.