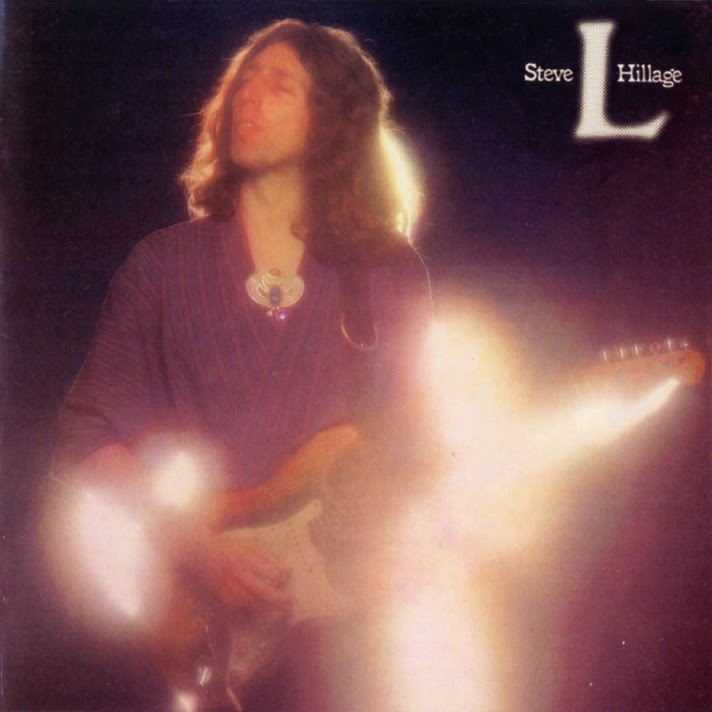 L was my first Hillage record when I was much younger, and I didn't catch on to it as fast as I did with Fish Rising, which in some ways was really the Gong album after You. While I've always liked L it wasn't really until the Rockpalast 1977 show started circulating that I really started to appreciate the material more — after all the band assembled for that tour was really quite impressive, and the way they played things was a little different than the way Utopia played it on the album, and it opened it up a lot to me. Second, I've really never grown into "Hurdy Gurdy Man;" however, the rest of the album is now so much to my liking that I'm now thinking of L as a true classic. Two songs on this are true favorites of mine. First, "Hurdy Gurdy Glissando," which has to be one of the most positivity-inducing pieces of music out there, especially with its long glissy build up and the "cuz it makes you feel good" lyrics, not to mention the way it builds up to guitar nirvana. Second, probably one of the most powerful, spiritual, short tracks ever written with "Om Nava Shivaya," which juxtaposes devotional music with passionate guitar playing. It devastates me every time I hear it. "Lunar Musick Suite" I've loved from the beginning. Apparently it dates back to Khan, but it also shows up in Gong sets in the You to Shamal transitional era. It took me a while to warm up to "It's All Too Much," but after going back and giving the Beatles version some listens, I returned thinking this was a rather worthy cover — after all if you start with strong material your chances of success are going to be high and it is in a perfect place as the album closer. Overall, in the context of the Searching for the Spark box getting to experience the arc of this work in context has made me appreciate this music all the much more. It stands out as a vibrant source of love and light with conscious lyrics that remained consistent in an era where a great deal of music was moving in a completely different direction.