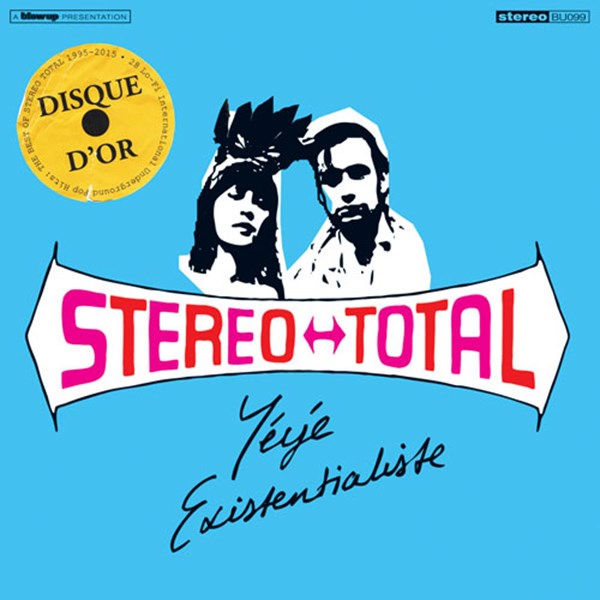 Stereo Total, for those of us who do not know, is the Berlin-based French-German duo of Françoise Cactus and Brezel Göring. They have a string of albums dating back to 1995 and their latest Yéyé Existentialiste is a compilation of 28 songs spanning their career. Their playful music is a quirky lo-fi mash up of disco, new wave, pop, electronique, punk, and garage rock. There is a strong Kraftwerk influence on many of the songs, as well as similarities to Nina Hagen, Lene Lovich, The Cramps, Trio, and Der Plan. They included an unpolished and unadorned cover of Bowie’s “Heroes,” as well as the Plastics’ “I Love You ONO” and a trashy cover of Salt ‘N Pepa’s “Push It.” Many songs have a definite sexual undertone, if not downright explicit. “L’Amour à Trois” sounds like an out-of-wedlock union of Serge Gainsbourg’s “Je t’aime” and Bob Dylan’s “Like a Rolling Stone.” Song topics are all over the map and with the catchy tunes and riffs their popularity across Europe is no surprise. Some of their songs even sound remarkably like Asian pop. So, if you yearn for a change of pace in your listening experience, by all means check out Yéyé Existentialiste.