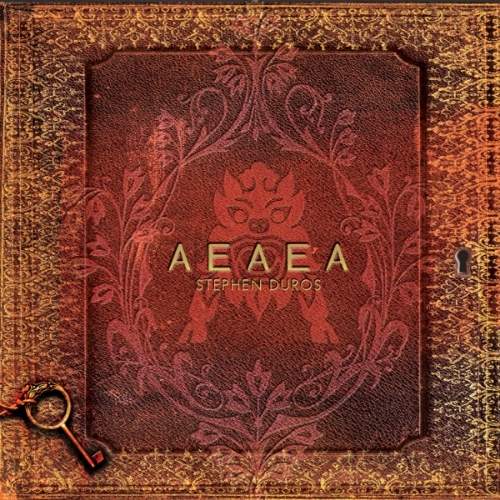 Duros is best known as a flamenco guitarist, though he has clearly developed his own take on the style, incorporating elements of blues, gypsy, jazz, Arab music, and pop, and on this concept album based on the mythological island from The Odyssey, he pulls out all the stops, accompanying himself on electric and bass guitar, keyboards, oud, hand percussion, and drum programming, and joined by various guests, track depending, on drums, riq, darbuka, charango, congas, and old pal Ottmar Liebert contributes electric guitar on one track. The suite is divided into twelve chapters, but if one listens closely, the sound never fades to black – there is always some sound effect or crossfade between each of the tracks here. The grand bombastic entry section of “Chapter I” had me a bit concerned, but it quickly settles into a tasty trio of Middle Eastern flavored cuts, as one might guess based on the relatively exotic instrumentation. “Chapter IV” is a soft classical flavored piece with some beautiful nylon-string guitar accompaniment throughout, that serves as an intro to “Chapter V” which gets back to a more percussive based workout suporting oud and classical guitar, topped with orchestration. This track got the level of orchestration about right, but on some of the later cuts the strings and orchestration tend to the excessive side giving some cuts a new-agey or movie soundtrack-ish feel that would have certainly been better served by a more stark and elemental approach. Still, there is a motherlode of great compositions and arrangements throughout Aeaea that can be appreciated on a number of levels.