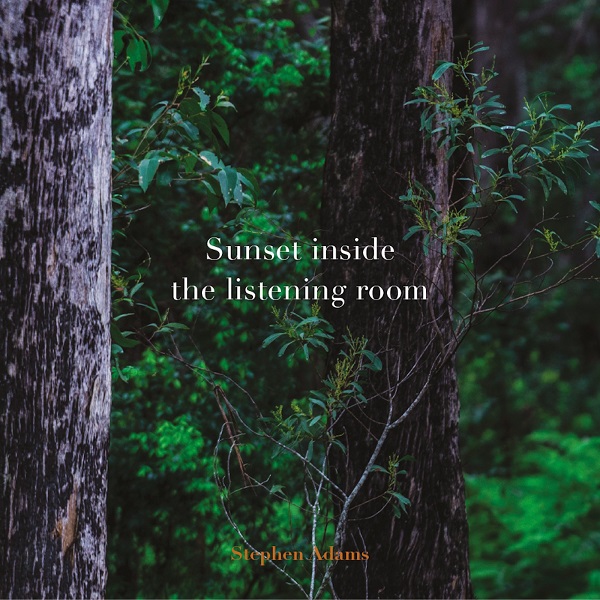 This latest offering from the Harrigan’s Lane Collective in Australia pretty much is what it is, some loose improvisational work by Adams on flute and ocarina, along with Danielle Bentley on cello and Hannah Reardon-Smith on piccolo and bass flute, merged with Adams’ field recordings, recorded at the fern gully below The Piano Mill at Harrigans Lane, one side of the vinyl recorded during the day, and the other side recorded at night. The recordings include 17 species of indigenous birds, tree frogs, numerous insects, and such. If one downloads the album, there is a three minute excerpt of the album as a preview. As one might suspect, the session recorded during the day is far more energized with birdsong, whereas the session from the night recording, while it does feature owls and other night birds, features far more frogs and insects, and is much quieter and relaxed. It’s important to note that the animals did not participate in the improvisations, they were recorded and then later the three musicians added their parts as the recordings played. What might have been far more interesting would be to have the birds and animals as active participants in the improvisation along with the three musicians, though ultimately the outcome may have not have been much different. Who knows?