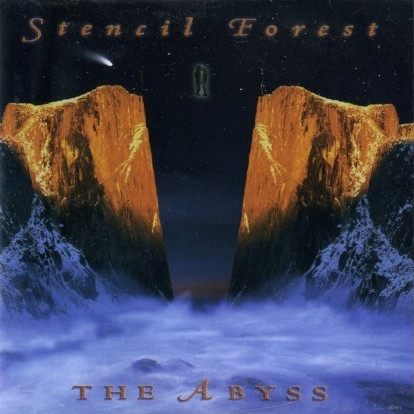 Stencil Forest is another example of “band makes an album that goes nowhere, disbands, then reforms years later to try it again.” The core of the 1983 lineup has returned — Frank Casella (guitars, keys and vocals) and Doug Andresen (vocals) with help from Rick Casella (keys), Jim Casella (drums) and Ron Perron (bass). While many of the ideas on The Abyss aren’t new to fans of symphonic prog (epic-length compositions, heroic melodicism, pretty vocal harmonies, metric shifts, prominent use of keyboards and analog synths) they’re put together well enough to earn a recommendation, particularly to those inclined toward the softer side of 70s prog. Similarities can be drawn to Glass Hammer (“Broken”) and 80s Yes (“Room with a View”) though the strongest link is classic period Renaissance (“Morning Glory,” “The Captive Heart”). Credit goes to Frank Casella for the songwriting and (one assumes) for guiding the songs to fruition in the studio with admirable results, perhaps culminating in the 24 minute title track that exhibits some stellar songwriting and a vocal performance that’s one of the best I’ve recently heard. The arrangements throughout are tight, the performances solid, and the songs are blessed with memorable hooks and terrific melodies. Casella has no doubt been perfecting these songs over the many years, which explains the uniform high level of care, and craftsmanship the material exhibits. The Abyss marks a welcome return to action for Stencil Forest and I’m eager to see what Casella and crew come up with next.