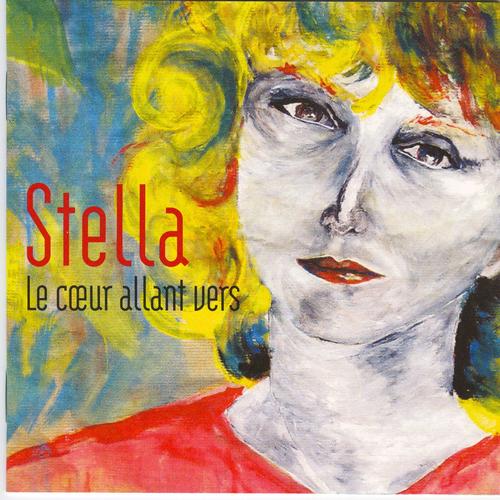 Stella Zelcer established herself as an artist with an uncompromising independent streak long before the close of the 60s, when she was known simply as “Stella.” Despite having a keen familiarity with American music at a young age, or more likely because of it, she saw the futility and downright silliness of French performers who emulated American musicians instead of mining their own musical heritage. Starting her career in 1963 at age thirteen with a cynical mockery of contemporary French pop music, Stella managed to get herself banned from French radio and TV by the time she was sixteen, receiving not a little notoriety in the process. Finally, disillusioned with the continued insistence that she play the role of a superficial pop diva rather than a serious musician, she withdrew at seventeen after recording dozens of songs. There’s been a lot of time and a little river called Magma under the bridge between then and now, and here on her second solo album, entitled The heart going towards, she once again goes where her heart leads. As one might guess, this is very unlike Magma, expressing a delicate beauty and a hugely understated grandeur. Its massive list of performers playing keyboards, strings, winds, etc., remain firmly in supportive roles; whether her accompaniment is a cast of eight or a cast of one, Vander’s voice is front and center throughout. The dreamy chamber-like setting appeals at the outset while its oblique melodies and subtle detail grow over the long haul.