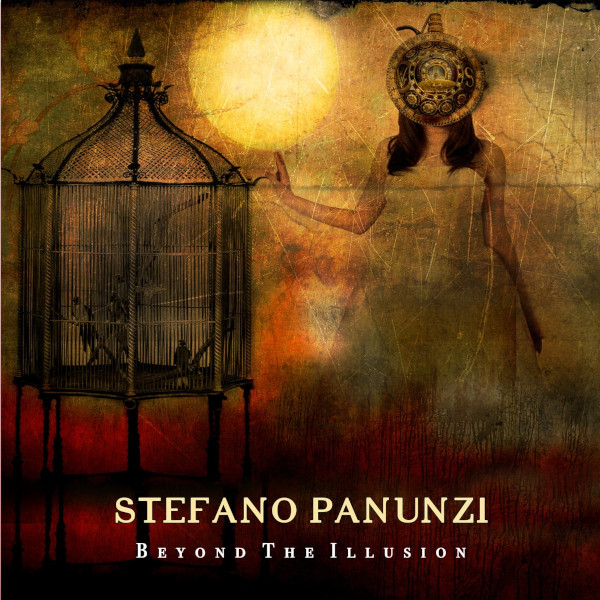 Italian keyboardist Stefano Panunzi released his new solo album, Beyond the Illusion, on March 26, 2021. The album starts with such great promise with the cinematic instrumental “Even When Love Cannot.” But then it all falls apart and devolves into mediocre jazz fusion despite the contributions from Gavin Harrison (Porcupine Tree) and the maestro of downer shoegazer songs Tim Bowness. The material is just not that good. It is not until you reach track 11, “The Doubt,” that the album somewhat redeems itself, but not enough for me to recommend it. There are elements of art rock, progressive rock, ambient, and jazz, but not in a way that engages my ears. Beyond the Illusion could have been a much better album.

Panunzi is a Rome-based composer and keyboardist who has been releasing material since 2005’s Timelines, and an associate of the Porcupine Tree / JBK / No Man / King Crimson axis of musicians, many of whom have played on this and previous albums. That said, his recorded output is rather sparse — his second, A Rose, came out in 2009, and the release at hand, Beyond the Illision, is his latest from 2021. He also plays in the group Fjieri with guitarist Nicola Lori and others, which has also featured Jakko M Jakszyk, Richard Barbieri, Tim Bowness, Mick Karn, and many others, and they have released two albums to date. The twelve tracks of Beyond the Illusion are mostly of a laid-back nature, mostly instrumental, with a few vocal tracks thrown in to keep the experience memorable; it’s basically pop informed by jazzy and proggy moves, and only one track “The Doubt,” an instrumental, really jumps out and rocks for its six-plus minute duration. Throughout, Panunzi composes and plays keyboards, and is joined by an impressive group of top shelf musicians, though the lineup varies from track to track. Drummers include Cristiano Capobianco, Yuri Crescenko, and Gavin Harrison; the aforementioned Nocola Lori plays bass and guitar on many of the tracks, and other bassists include Fabio Fraschini and Lorenzo Feliciati; other guitarists include Dario Vero, Ivan Ricchiuto, and Mike Bearpark (one track each); trumpeters Luca Calabrese and Mike Applebaum, violinist Monica Canfora, Davide Alivernini on saxes, and most importantly the singers, Grice Peters (three tracks) and Tim Bowness (two tracks), both offer mellow and distinctive vocals to the tracks they sing on. Beyond the Illusion is a grower, revealing new things with each subsequent play, underscoring Panunzi’s masterful compositions and arrangements.