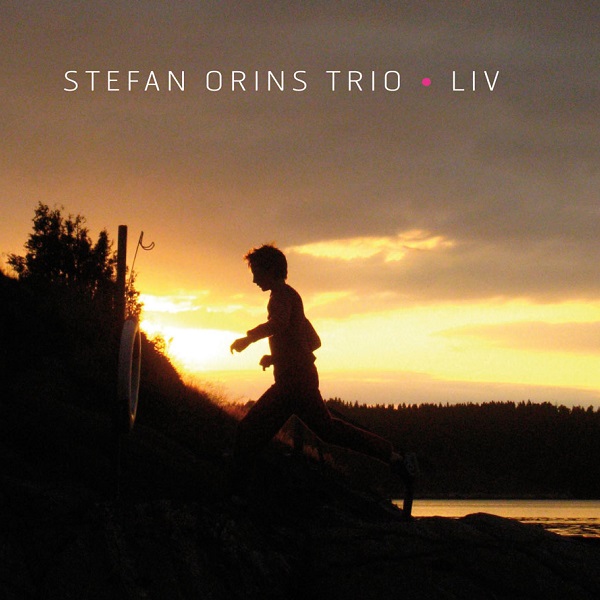 My previous encounter with pianist Stefan Orins was on the Circum Grand Orchestra release earlier this year, but as one of such a large ensemble, his contributions were limited; bassist Christophe Hache was the leader and composer. Hache is here in a supporting role on acoustic bass; the drum chair is held down by Peter Orins, also a member of the Orchestra. During my many years of piano lessons, I listened intently to pianists of all genres — jazz, rock, classical — and in the process became very picky about what I enjoy. Not that I can play at their level myself, but I know enough to analyze and understand. All of which just leads to the fact that I'm hard to please when it comes to piano music. The last player who impressed me much was Fred Hersch, and we can add Stefan Orins to that list. His light touch belies a great sense of adventure and humor, and his use of independent lines rather than just melodies over chords brings a lot of interest to the tunes. He has a tendency to harmonize in odd intervals as well, with parallel seconds jumping out occasionally, edgy but not exactly dissonant, at least not by modern standards. Hache's bass playing is outstanding as well — he knows the compositions well enough to know when he can stray from the expected notes into melodic fills or upper extensions of the chords. And Peter Orins drumming is very tasty. Listening closely reveals subtle touches like scraped cymbals. The jaunty "Upplösning" is probably my favorite track, featuring interlocking upper and lower lines, sudden detours into those major seconds as a rhythmic theme, and a fluid solo that starts out lightly and builds in intensity, with only sparse stabs of comped chords. The solo ends with a floating interlude that leads into a recap of the rhythmic theme and a restatement of the opening melody. Lovely. Other tracks drift off into very quiet improvisation, I think including some reaching-inside-the-piano work. Stefan Orins has definitely given us a worthy entry into the massive field that is the piano trio, which should probably appeal to all but the most staid of jazz listeners.