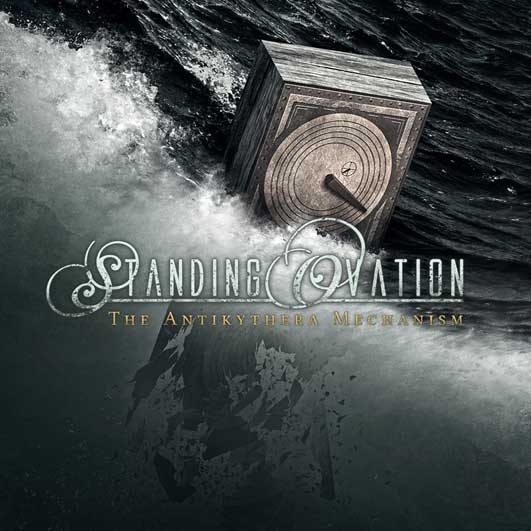 For some listeners, I suppose, pretty much anything labeled Prog Metal will be attractive, but for someone like me who is outside that group, a prog metal band has to do something special to not warrant dismissal. That being said, I pride myself on being open-minded, and certainly take the time to soak in any music that I'm reviewing and give it a fair chance. Finland's Standing Ovation get off on a good foot with "Scatter," the short introductory track to this album. It features a very nice acoustic guitar part full of interesting chords and phrases; after nearly two minutes, keyboards and other instruments join for a very brief ending, again with inventive chords. Then we jump into more typical prog metal territory, with chugging guitars and pounding drums, but there are some nice touches, like varying time signatures and breaks where the bass or a guitar will toss off an unexpected harmonic flourish. The vocals are snarly, not gruff, for the most part, and don't detract from my enjoyment, though a few moments of awkward English pronunciation break the mood. I haven't delved too far into the subject matter, though there are certainly some dark images (torture, dismemberment, and so on), but they don't seem to involve any fantasy worlds or mythology. And the track "I Have Superhuman Powers" actually seems to be about a sensitive kid who finds comfort in comic books. Throughout, the music is well-played, and there's a good balance between quiet and loud, keys and guitars, and even some passages with very nice backing vocals. There are times when the riffs and fills venture outside the key signature, adding some harmonic interest as well. The album finishes off with the three-part title suite, running about 20 minutes, and while it's musically interesting and varied, I couldn't tell you what it's about, though it seems to attribute some kind of power to the titular artifact. All in all, an engaging effort that reminds me prog metal is not the dead end I sometimes think it is.