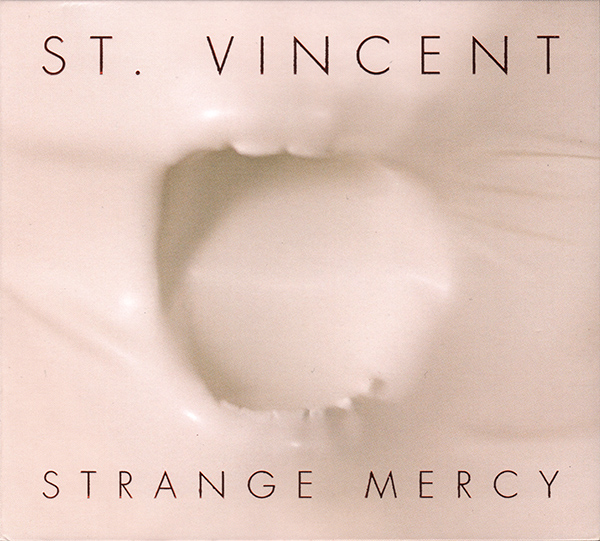 In some ways Annie Clark's third album under the pseudonym St. Vincent is a close sibling to previous efforts (2007's Marry Me and 2009's Actor). Most notably, Clark still wraps herself in an alter ego of the demure girl-next-door with a cruel (sometimes violent) streak. Born out of period of enforced isolation in Seattle, the songs range from personal and introspective ("Year of the Tiger") to broadly observational ("Cheerleader"), but always with a thoroughly modern and feminine point of view. Speaking of modern, the musical arrangements supporting the songs have a distinctly 21st Century, electronic nature to them. In the studio, Clark teamed up with Beck's keyboardist/musical director Brian LeBarton and it shows. Analog synths are featured throughout the record, sometimes merely to provide texture ("Champagne Year") though more often than not they figure prominently, as with the fusion-y solo that caps off the perky single "Surgeon" (courtesy of gospel keyboardist Bobby Sparks). There's even some Eno-ish noise experiments as seen on "Northern Lights." In general, little effort has been made by the production team (headed by John Congleton) to give the listener a smooth ride. Instead, distortion is allowed to blanket everything except for Clark's femme fatale vocals. When paired with her biting guitar work the overall effect is both cathartic and confrontational, and not nearly as ear-friendly as her previous albums. Repeated listening helps to re-focus the ear on the heart and soul behind all the noise, and on that score Annie Clark still delivers the goods.