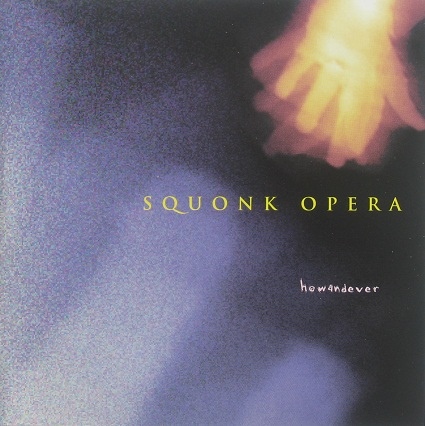 Ready for something different and very original? First off, forget the Squonk, it's not a reference – these guys sound nothing like Genesis! In fact they are a totally new six-piece from the Pittsburgh area, and if you're lucky they might be playing in your town soon. Fronting the lineup is vocalist Kate Aronson, who has a distinct and unique style, maybe vaguely reminiscent of Suzanne Lewis of Thinking Plague and Hail. The remaining five play piano, keyboards, saxes (there's the squonk!), bass, wind-synth, Celtic flute, drums, tabla, and other percussion. Influences come from all over the place; elements of jazz, rock, Celtic, Broadway, classical, flamenco, funk and avant-garde blend together into a very fertile stew of mind-opening ideas. Since every track is quite different from all others, it's difficult to sum their sound up in a few sentences. They do cover a lot of ground here, from the folky abstractions of "Dance of the Seven Vowels," the dreamy introspection of "Parts," the funky-rapping style of "Whistle and Spit," to the Broadway styled "The Unusual Mrs.Spitz." I hear those occasional echoes of Dead Can Dance, the second edition of However, Third Ear Band, and several other equally vague comparisons. In all, this is a band with their own unique vision, one certainly worth checking out. Recommended.