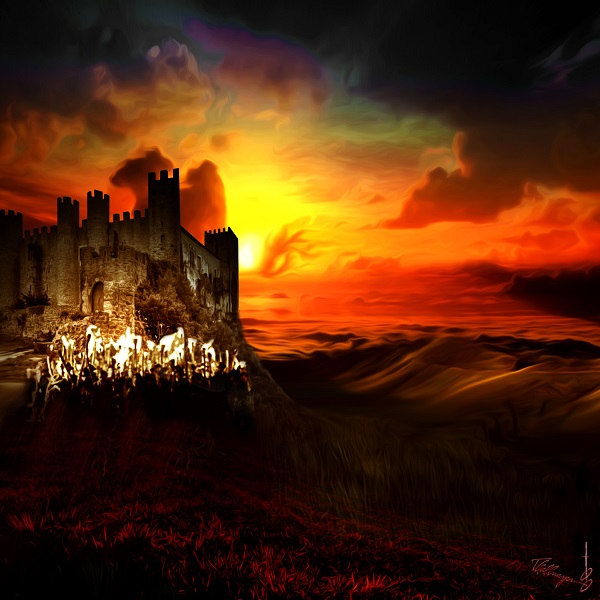 On their first release, this Seattle based instrumental quartet finds a home somewhere in the area between experimental and progressive rock, with fluid gusts of modern jazz and bursts of jagged 70s style fusion permeating the four long pieces, at times seemingly composed but with plenty of wide open spaces for blistering improvisation by the entire band. Jake Sele is the band’s keyboardist, and along with guitarist Matt Williams on the front line, the two can push out a massive wall of madness and urgency where dissonance reigns supreme and the jagged angles of wailing guitar leads and strange sounding chords find a home around every corner, though just as often they find a gentle flowing groove to operate within – although you know that won’t last long before it all hits the fan again. The rhythm section of Nick Lonien (bass) and drummer Joe Eck handle these forays between order and chaos brilliantly, knowing exactly what to lay down in order to bring it all to life. All these guys can show incredible restraint as well, with a keen understanding of when to hold back and let another player lead the way out of the forest, surging and ebbing numerous times through a typically seven-to-ten minute piece. While their style is not as slick and driving, one still might be reminded of Where Have I Known You Before era Return to Forever, electric Miles Davis, and the manic approach offered up by bands like Boud Deun. All four of the extended pieces are epics, going through numerous sections and profuse changes, their execution always interesting and they’re never short on great ideas; hardly a measure goes by without a surprise.