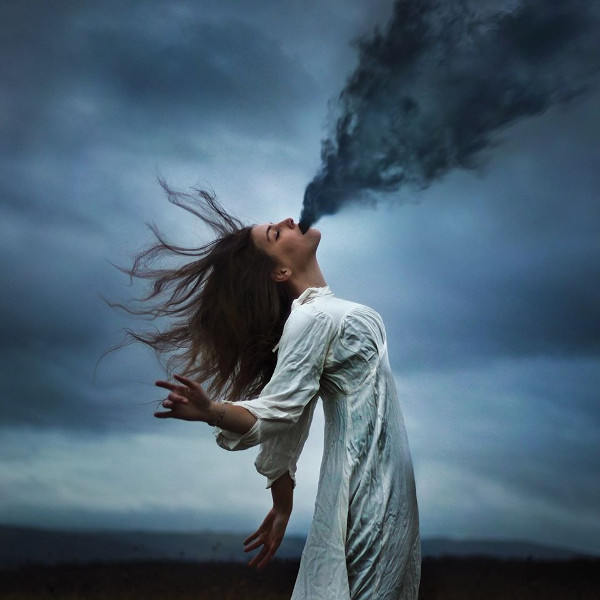 At the time of the first Spoke of Shadows album in 2014, it wasn’t clear if there would be another. The group is a collaboration between two musicians who both have other commitments, so that album could have been a one-off. Happily it was not, and this second release is another great slab of instrumental progressive rock. The focus is slightly different from member Mark Cook’s other band, Herd of Instinct, with a few more non-rock elements incorporated into the mix. The other member, drummer Bill Bachman, has a more aggressive and busy style than is generally heard with HoI, though it doesn’t manifest on every track here. But Spoke of Shadows deserves to be considered as its own thing, not just in comparison with the musicians’ other work. In the balance between heavy sounds and calmness, there’s a wide range, though the bulk will land further to the mellow side, with acoustic sounds, subtle percussion, washes of keyboards, and flute from guest Bob Fisher on three tracks. I’m frequently reminded of Tony Levin’s pre-Stick Men work such as Waters of Eden or Pieces of the Sun. Melodic fretless bass often takes the lead for soaring lines. On “Letting Go” we hear the most unexpected sound on the album — jazzy piano from Shannon Wickline. It’s a little jarring at first, seeming not to fit with the style of the rest of the music, but surprises are what keeps music from being boring, so I’ll give it a thumbs-up. “Face in the Window” presents the other side of the band, with heavy riffs and a guitar solo from guest Michael Harris. It’s valid to draw comparisons with other groups featuring fretless bass prominently, such as Polytown. The production is beautiful, with both presence and depth, and the performances, while not flashy, are impeccable. This group has internalized many of the lessons to be learned from listening to Robert Fripp, Djam Karet, Peter Gabriel, and many more, and reformed them into music that is original and enjoyable.